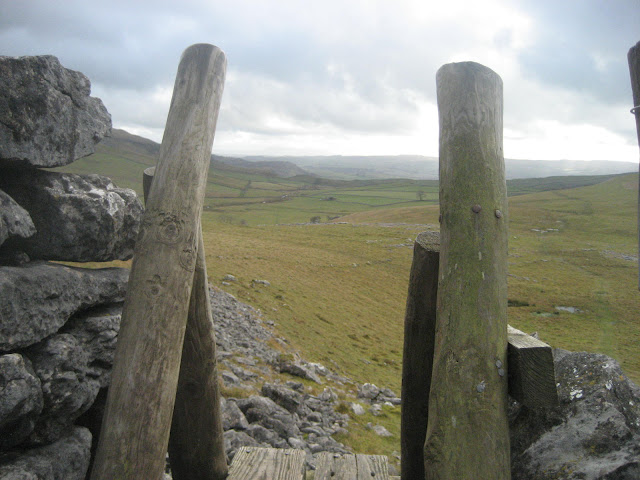 From Thieves Moss, it can be quite tricky to locate the famous 'Beggar's Stile' - but this is the gateway to Moughton Scars - where things get even more spectacular. 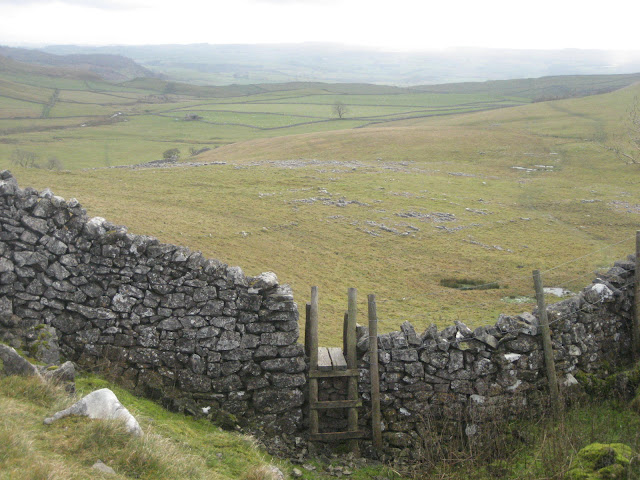 Beyond the stile is the view down the dale, with our starting point over to the right. 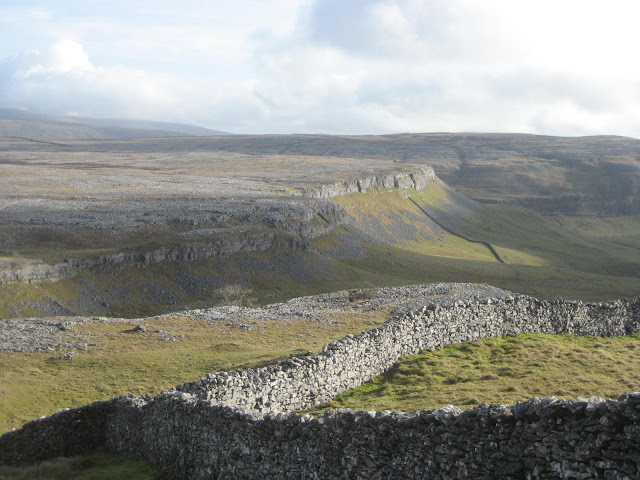 There's now a thrilling traverse across the head of the stadium as can be seen in this picture. There is no path - just keep to the top of the cliffs.  It's a wonderful area where the glaciers have swept so much limestone clean. 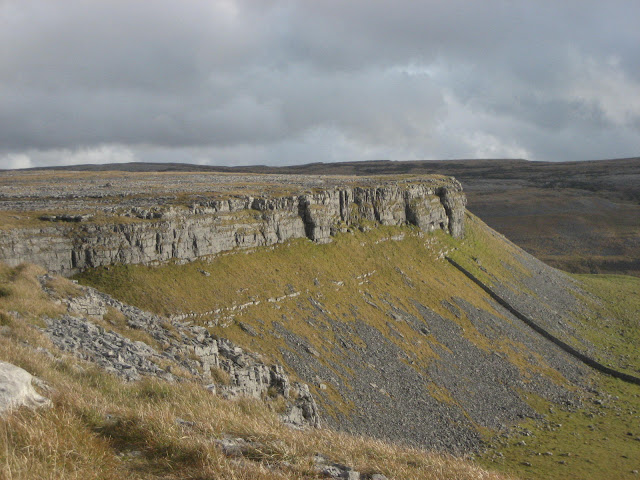 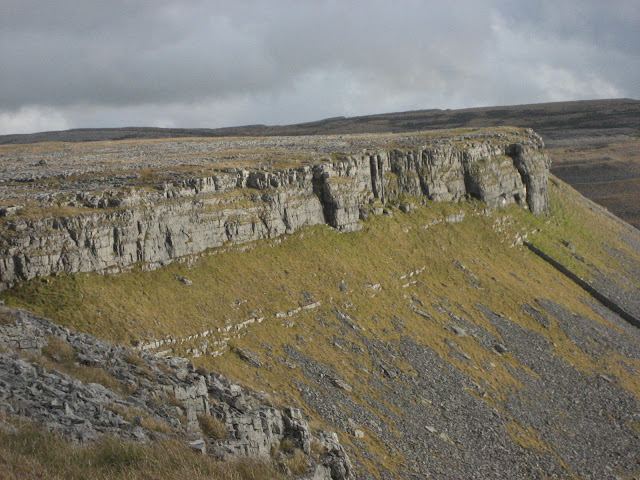 Can you think of a better place to have a brew?  And a flask here is much cheaper than a coffee at Wembley.

There's a stunning view back along the crest of the scars towards Ingleborough.  Here his top is hidden in cloud, with the less shy Simon Fell to the right. 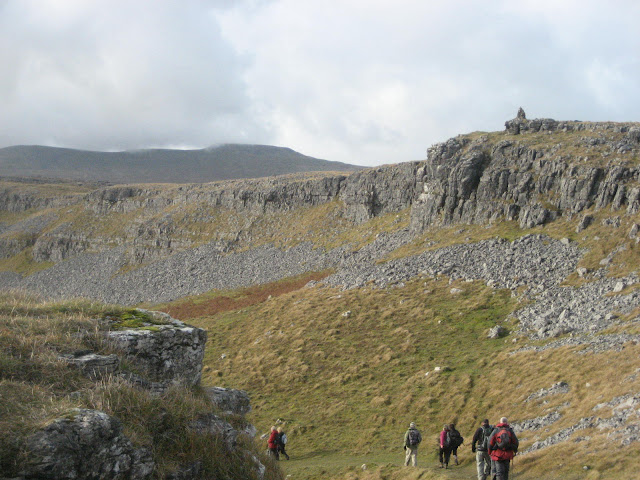 Shock horror!  Human beings - my first of the walk so far.  They were turning down towards the Moughton Whetstone Hole - where a peculiar banded rock is found, once used for sharpening Sheffield blades.  I've just passed the cairn you can see on the right and I'm about to head up to Moughton itself. 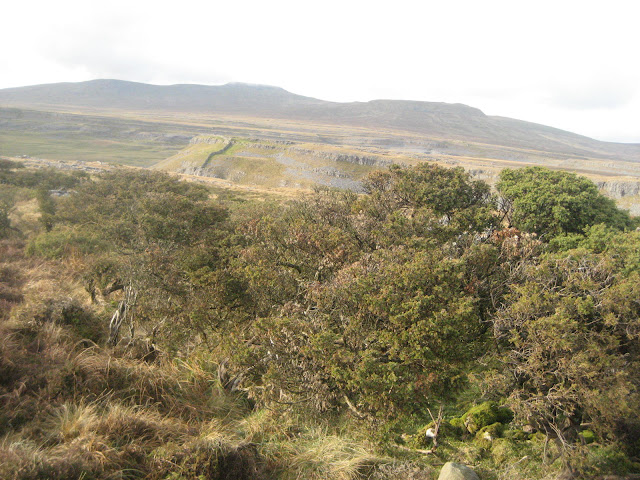 In doing so - I pass one of the few remaining natural Juniper forests left in the country.  These are used for making gin: I could have done with a gin and tonic at this point.  Hard to get the scale here, but each 'tree' is up to my knee in height.  Lovely. 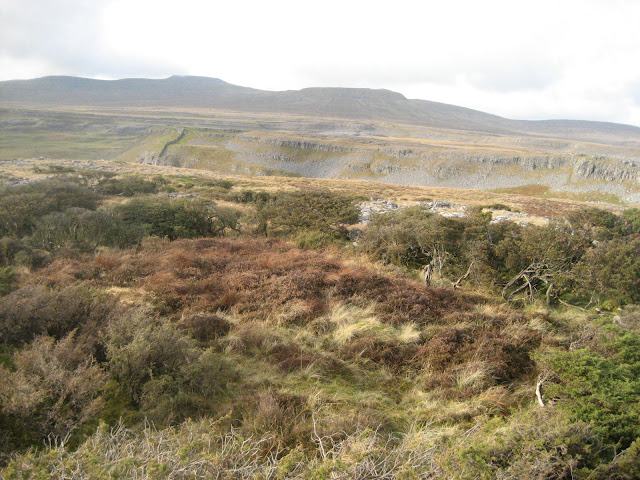 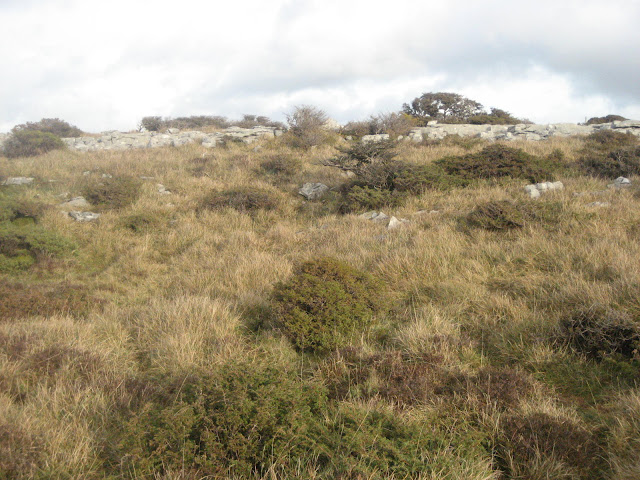 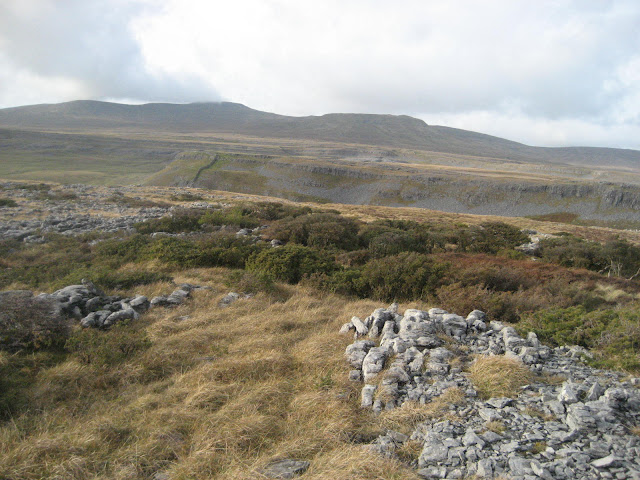 At last, after wandering in a wilderness of Juniper and limestone, I reached the summit cairn. Just over 1400 feet in height, Moughton (pronounced 'moot'n') can feel like a Himalayan giant - such is the wild loneliness.  It is a dangerous place in mist as there are no walls and sheer cliffs nearby.  Stick to a fine day even if you have to wait a few years.  I was lucky with this one. 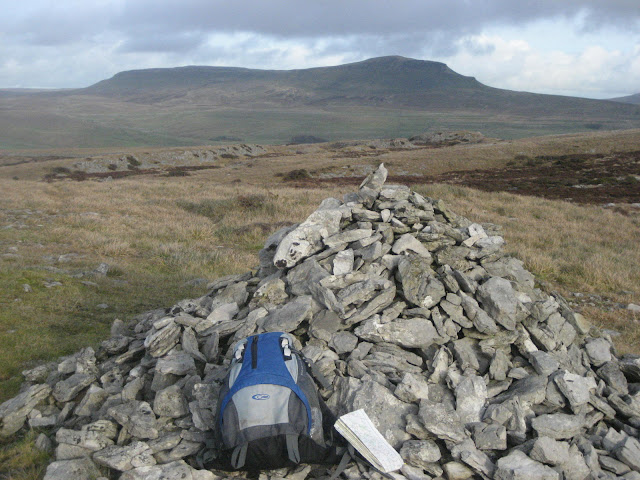 How great does Penyghent - the 'Lion of Ribblesdale' look from the summit cairn?  And by the way, look at my pet limestone dog peering down at my rucksack.  Isn't he gorgeous?  Pity all my butties had long gone. 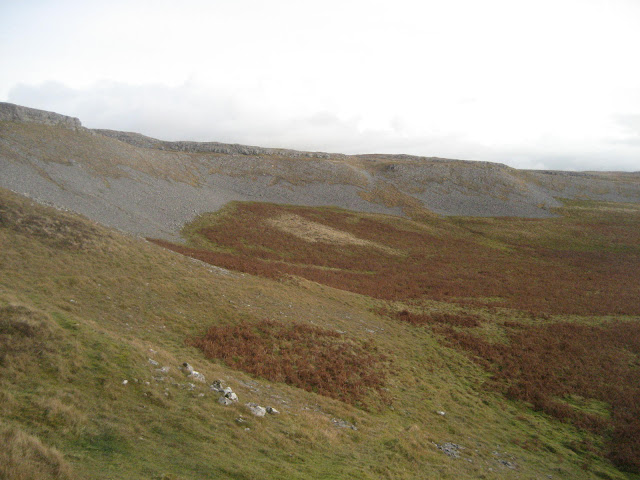 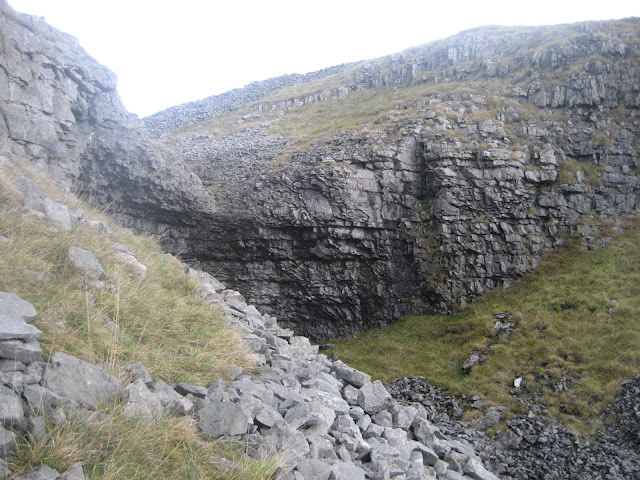 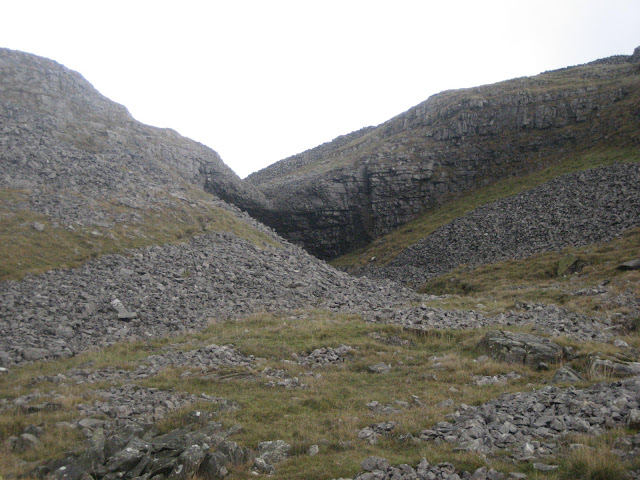 Continue south west from the Stadium of Echoes and a breach in the cliffs reveals this amazing abandoned waterfall - carved by the melting glaciers during the last ice age.  It seems impossible to tackle, but you go down the scree on the right as you approach - that is, the left side of this photograph. 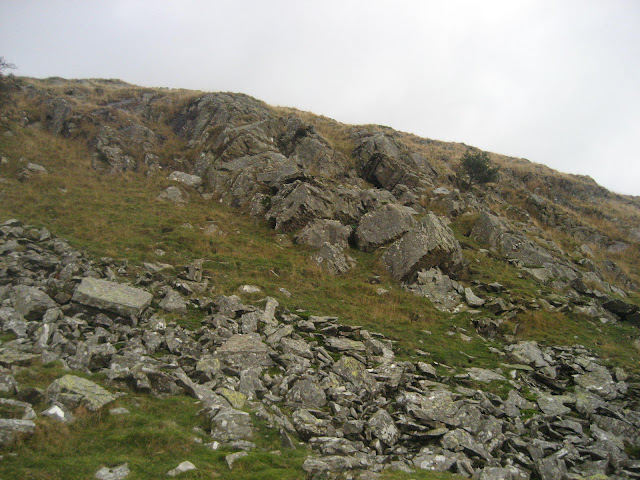 All that remains now is to pick up the path alongside white rocks, shown here, and head for the hamlet of Wharfe - where it's a simple last mile back to Austwick.  And don't forget the Game Cock Inn for a pint of Wainwright.  The old dear will be proud of you after this one. 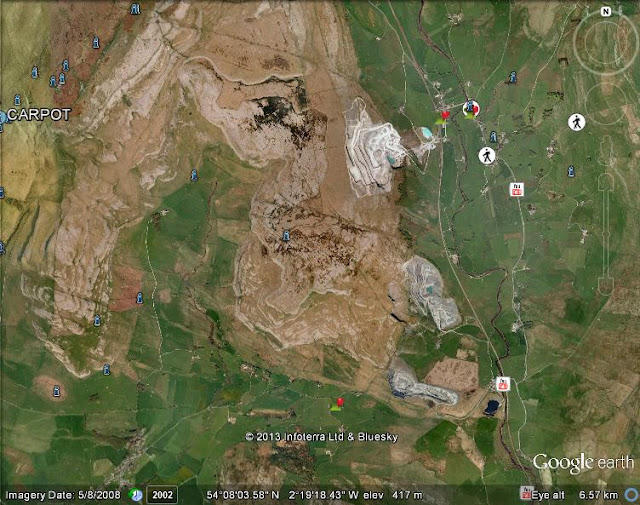 A View of the entire 'stadium' from the air (aligned to the left of the image) Try to ignore Horton quarry which is not even imagined on the adventure. Austwick is the village at bottom left.  The info symbols above it are Robin Proctor's Scar and the Norber Boulders.  Thieves Moss and Moughton Scars are top centre with the dark patches of the Moughton Juniper forests clearly visible.  The info point below and to the left of the quarry is Moughton summit - and the Stadium of Echoes can be easily seen to the left of this.
Try the walk with the OL2 Ordnance Survey map: I'll be interested to know how you went on.