Gaping Gill - Impassable Without a Diversion!

I was recently taking notes for my book around the flank of Ingleborough.  When I was a tour guide in the main chamber of Gaping Gill some years ago, the stream, Fell Beck, was diverted.

When Martel, the French explorer, was the first man down there in 1895 he diverted the stream down the nearby Rat Hole and then dropped his rope ladder.  He had a primitive telephone link with Madame Martel on the surface, and there are reports that they even had a domestic as he descended.

For those who have never seen it and will never be mad enough to get this close (it is 340 feet deep) here's a movie I made on my stomach holding the camera with one hand and hoping I wouldn't drop it down the shaft!

There are other, perhaps a little less dangerous holes, in the vicinity - but we'll visit them in detail later this year.  Meantime - check out Marble Pot, a huge collapsed fissure with the limestone bridges and staircases finely polished.  With extreme care you can descend the funnel and see the entrances to a difficult system - for cavers only.  This must be one of the least visited large natural features in England. 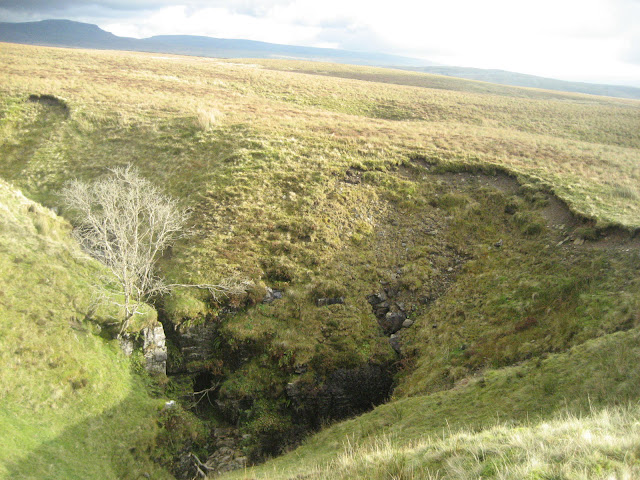 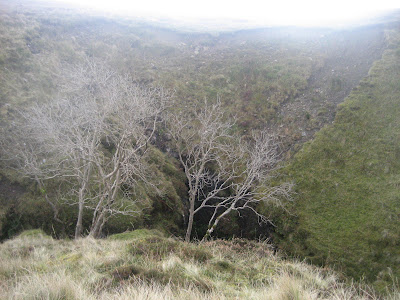 Water enters from the left under a limestone bridge, and descends underground in a series of steps.  In 1980 there was a massive slip of the glacial till and it slumped into the pot, smothering the caves beneath.  In the picture above you can see that grass is making its way back onto the slump - and the remainder of the debris have now been washed down the pot. 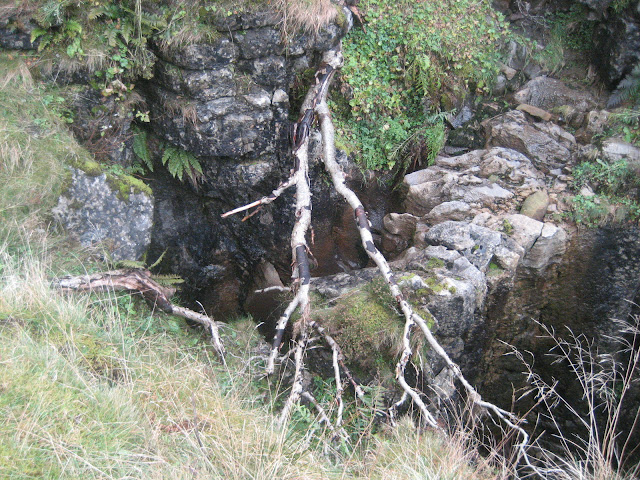 Posted by Stephen Oldfield at 07:39