Sunday at the Valley of the Kings
Lonely Corners in Kingsdale 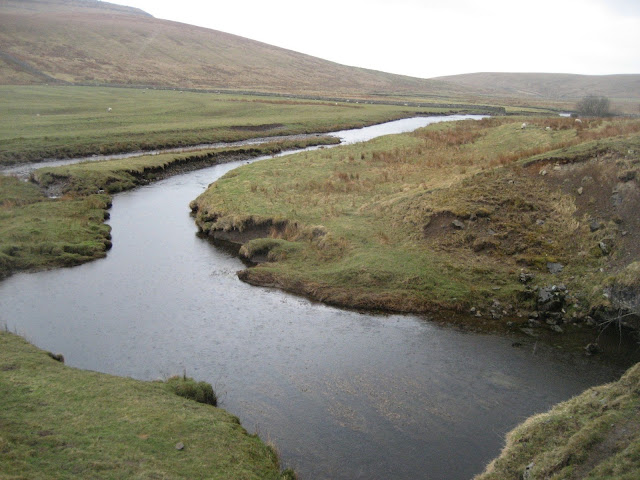 My intention first thing this afternoon was to see off the driving rain by visiting the friendly Yordas Cave - the name being Norse for 'Earth Stream.'  This was a well known show cave visited by the eminent in the 18th and 19th centuries, but these days it needs little more than a torch and good nerves. However, on arriving, it was decidedly sinister ... perhaps Yordas the child-eating giant, another of the cave's legends, had just been cooking his lunch ..

(click to read my 'Yordas Cave' chapter from 'A Three Peaks Up and Under.') 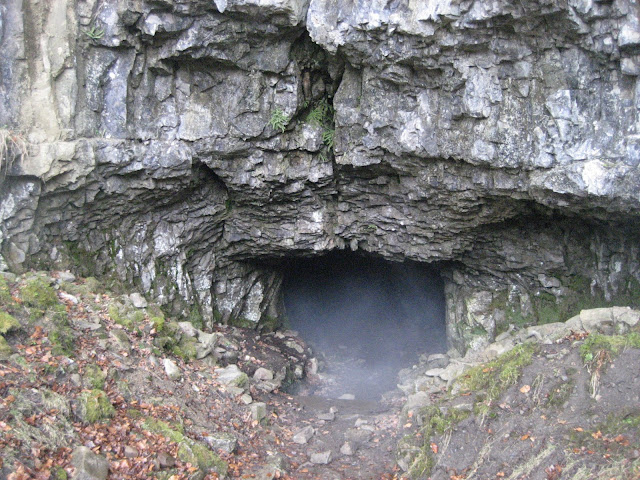 The steam billowing out of the entrance was incredible, and on entering the cave it was quite obvious photography would be impossible.  I could see no more than a couple of feet in front, even with a caving lamp.  The Chapter House waterfall was too misty for the camera.  This cave contains a lofty main chamber perfect for children to explore.  It is very ancient, and the stream dropped to its present level when the valley floor was lowered by glaciation - carving out the chamber in inter-glacial times.

Check out the steamy impression.  It was very eerie and forbidding for a lone cave explorer! 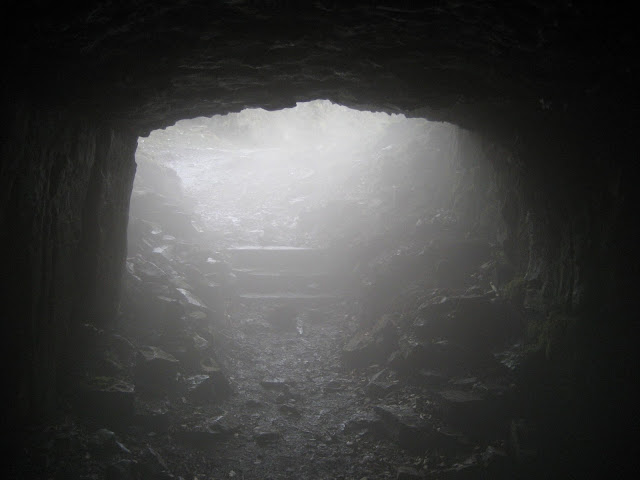 Just inside the entrance, looking through the steam to the old steps, down which guides, with candles, would lead tourists in the 19th century - including Charlotte Bronte, who was schooled at the nearby Cowan Bridge. 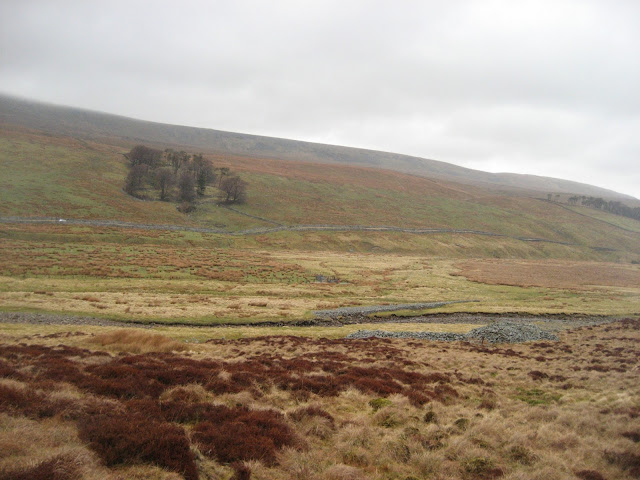 Yordas Wood and its famous cave are situated miles from anywhere, on the western side of Kingsdale, once inhabited by the Vikings.  You can just see my little car parked alongside.  Kingsdale is famous for its many large and impressive cave systems - many of them very dangerous to explore.  They have formed where water rushes off the Yoredale slopes of Gragareth (above the wood) and then sinks into the Great Scar limestone before emerging at Keld Head, on the alluvial valley floor.  The above picture shows Yordas Wood with 'The Apronful of Stones' a prehistoric cairn, in the foreground, on the eastern side of Kingsdale Beck. 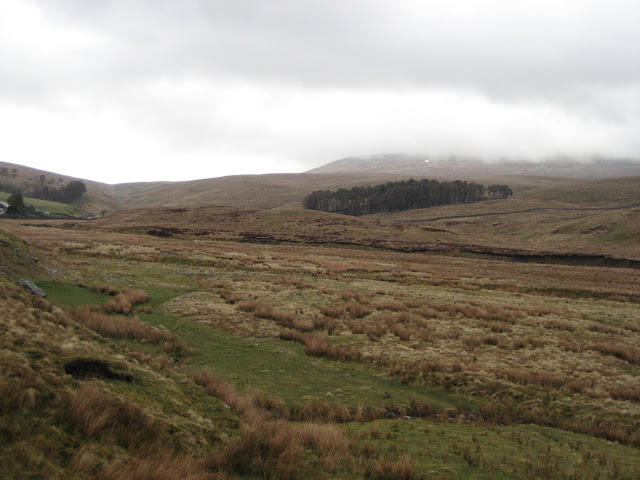 Looking along Kingsdale's flat, glaciated valley floor towards Kingsdale Head, with Whernside in cloud.  There has been much debate by geologists as to whether or not this was once the bed of a lake, which drained when its outflow broke through a moraine barrier at Raven Ray, close to Thornton Force. 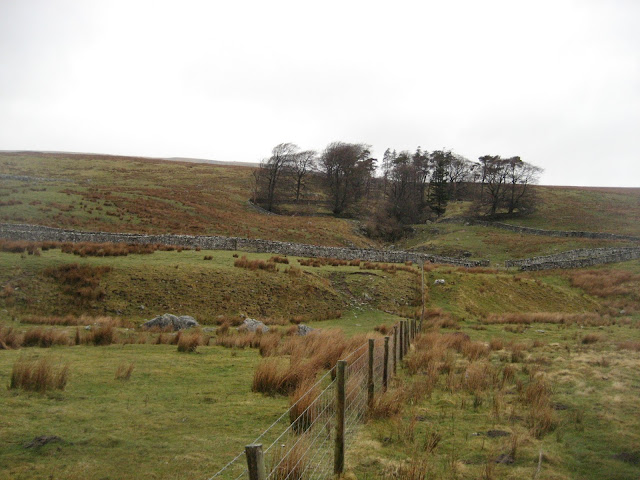 Yordas Wood from the path across the dale to Kingsdale Beck. 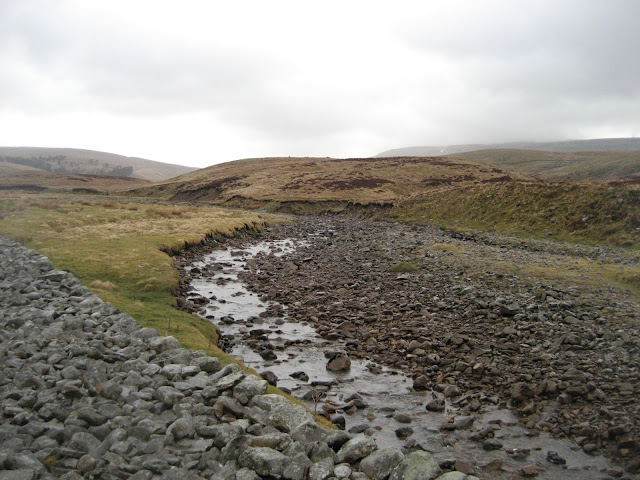 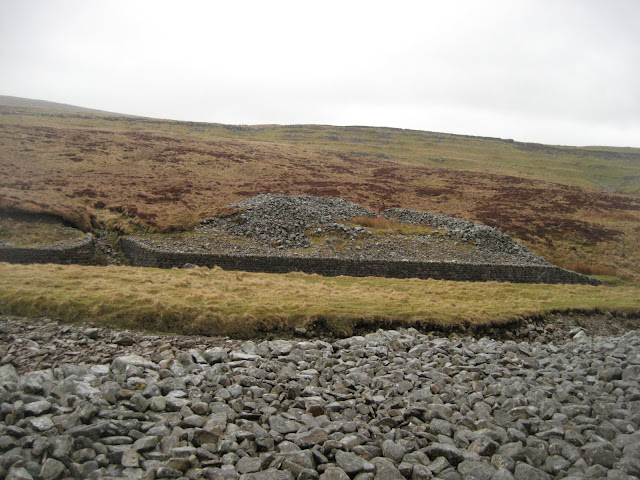 The enigmatic 'Apronful of Stones'  - one of the best preserved ancient monuments in the dales due to its remote location.  No doubt the wall was built to prevent the rising beck from ever washing it away. 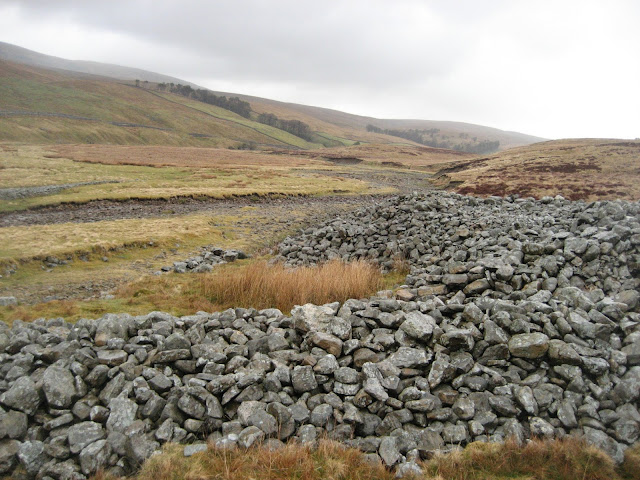 In design, it's more like a small stadium.  I can imagine ancient peoples seated around here. There is a definite central area, and evidence of excavation at the 'open' side.  The cairn is considered to be late Neolithic, and two long Bronze Age cremation graves were discovered, dug into the terrace on the left, showing that the site was used in different times for varying purposes.  One of the graves had two large upright stone slabs placed on one side of it. 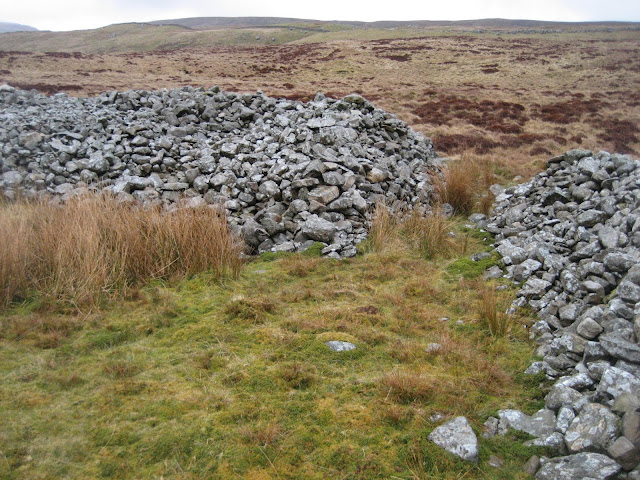 This is the entrance through to the 'central' area of the monument. 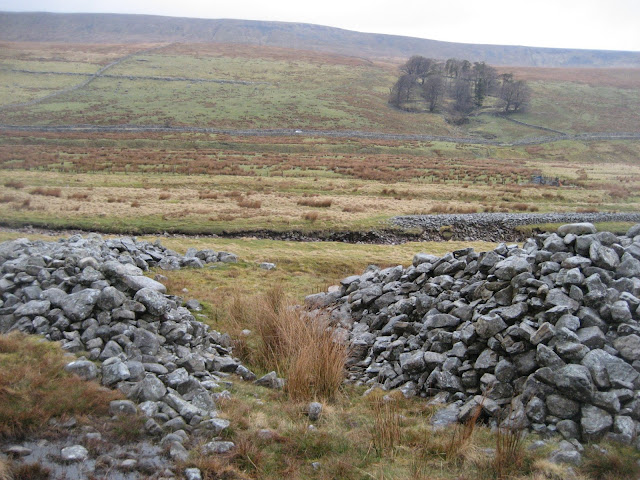 Looking through the entrance to the 'Apronful of Stones' with Kingsdale Beck, Yordas Wood and Gragareth in the background.  I didn't see another person for two hours.  Not even a passing car.  The only sound was the call of the curlew.  Perfection indeed! 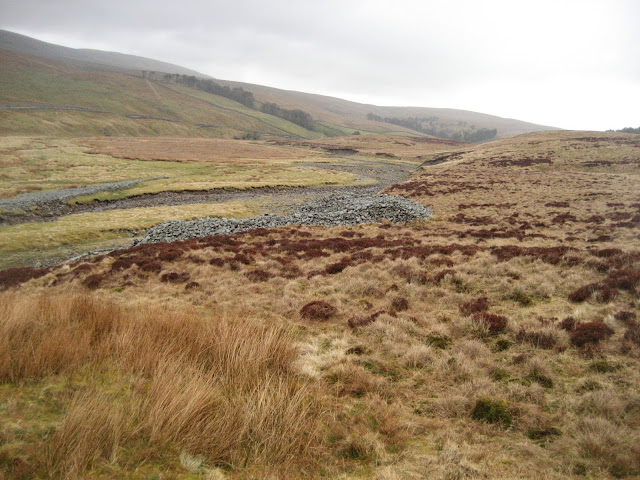 The 'Apronful of Stones' looking to Kingsdale Head, along the road towards Dent. 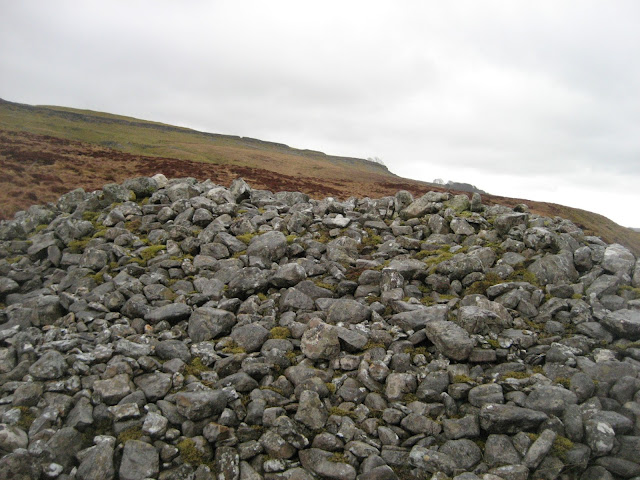 Close-up of the construction of the ancient monument.  It is remarkably well preserved. 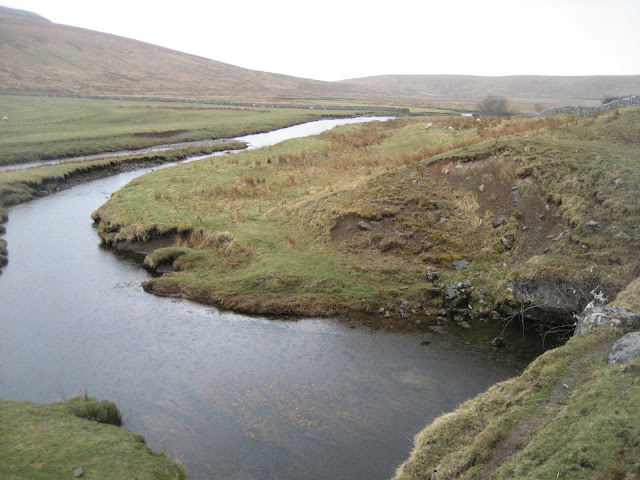 Travelling south in heavy rain to leave the dale, I paused to peep over the wall at Keld Head.  This deep pool is where the water from the caves and potholes on the west side of Kingsdale finally reaches the surface.  There is strictly no access to this feature, but it can be viewed conveniently from the road above. 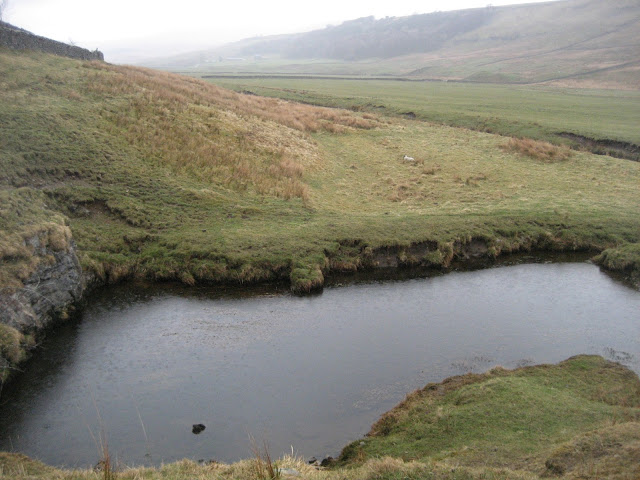 This is a view of the pool, looking north towards Braida Garth Farm.


The whole of Kingsdale is a very sensitive and special area of the Three Peaks.  Please stick strongly to the footpaths at all times and respect the wishes of the farmer.  Keld Head, in particular, is strictly private and there is no access for the public. Fortunately it can be glimpsed from the road well enough to give a good understanding of the workings of this fine karst landscape. All views of Keld Head should be made from the road only: do not be tempted to access the field.


Hope you enjoyed that little wander in one of my favourite dales.  When the rain eased, I visited Skirwith Cave near Ingleton for a different kind of adventure.  I'll be back in Kingsdale many times.  Watch this space!

Posted by Stephen Oldfield at 10:51