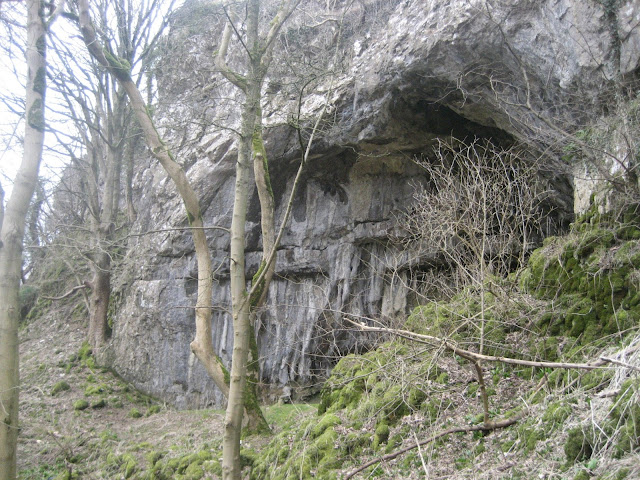 Cave Ha can be reached from the layby on the right just before the road from Settle joins the A65 bypass.  The Ordnance Survey will insist on calling it 'Cave Hole' which is not right, boys! It is a huge and spectacular rock shelter and has produced both animal and human remains.  It is usually very lonely, though today two climbers were as surprised to see me as I was to see them!  Hollowed out of a massive cliff of Great Scar limestone, it is probably one half of what was once a great cave chamber fed by a waterfall from above - the other half having been cut back by erosion of the scar, lying as it does as an exposure of the South Craven Fault.  No-one knows how the shelter acquired its unusual name, though plenty of early writers were interested in it. 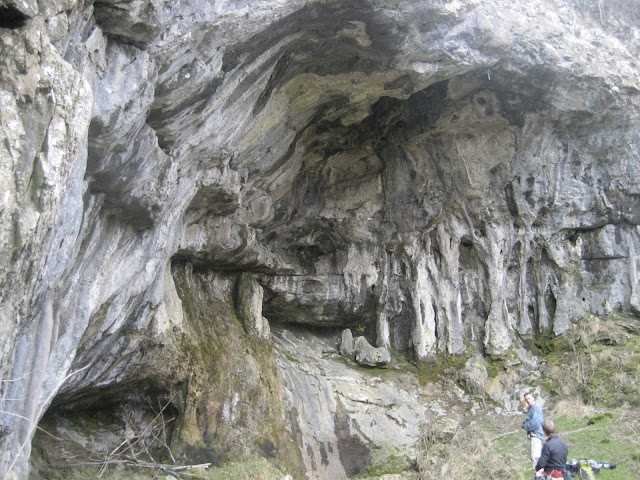 As with many caves and shelters, a massive amount of material has been dug out of  Cave Ha, revealing alcoves and shelves into which Romano-British material such as brooches, needles and other everyday items were crammed - along with a mixture of human bones. 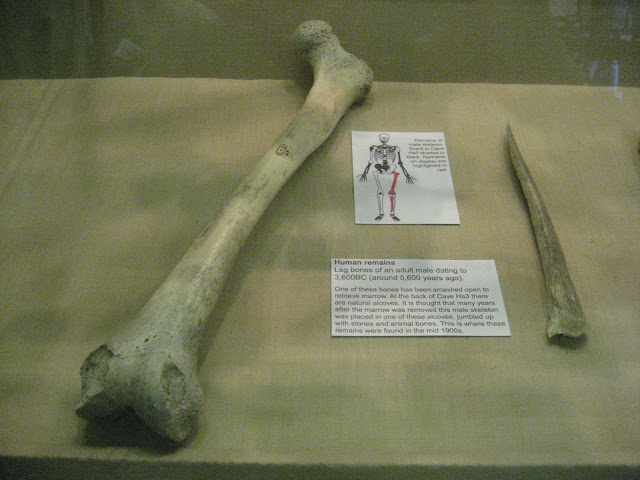 Human bones from Cave Ha on display in the Craven Museum, Skipton.  The bones had been smashed before storage to access the marrow inside - indicating cannibalism or sacred rituals on the site.  These bones are 5600 years old. 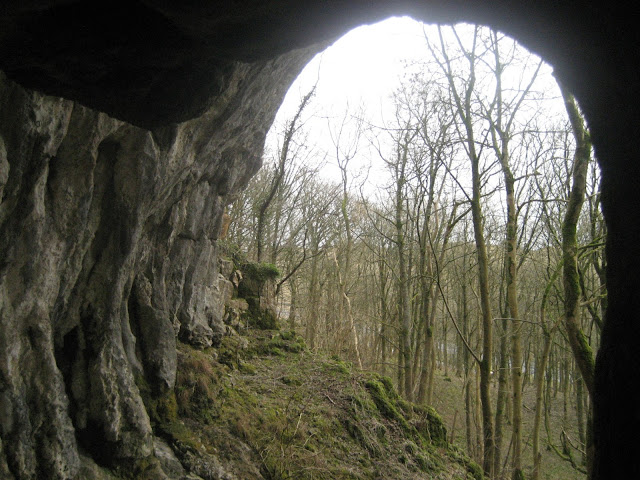 Climbing onto the shelf at the back, as a Great Cave Bear may once have done 12 000 years ago - the view is magnificent: a gigantic arch of rock in a perfect woodland setting. 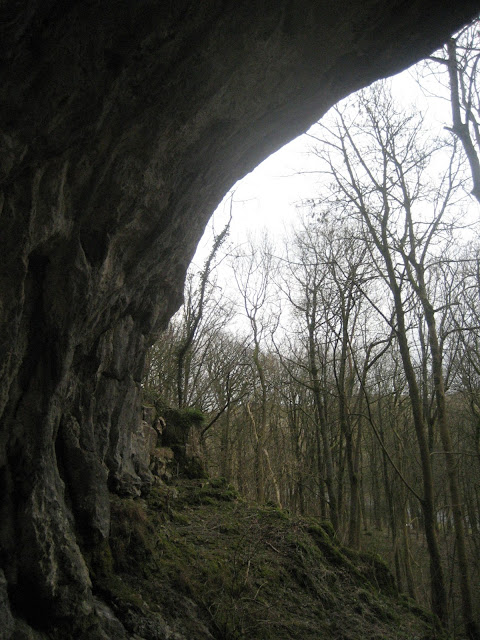 For many years a place of fear, inhabited by the 'Cave Ha Boggart' - strange voices can sometimes be heard in the cave.  The massive dome acts as a sound receptor for far away voices in and around the farmland of the area - so don't be surprised if you hear ' Hey, you - geddof my ruddy land!' 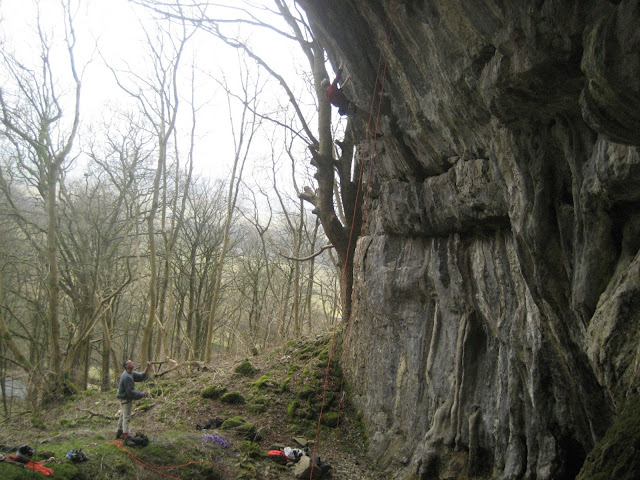 The climbers were having a great time.  To them, Cave Ha is known as the Hollywood Bowl!!  Once I mentioned the Boggart, they didn't stay long .... 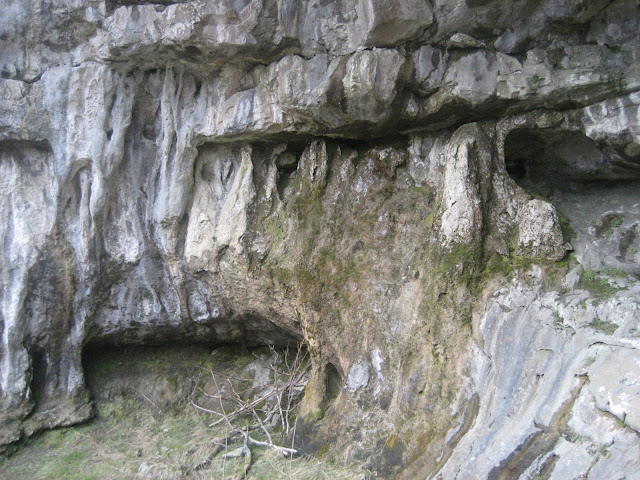 Close up of the shelf and alcove at the back of Cave Ha.  It's a slippy climb up, but worth it for the view. 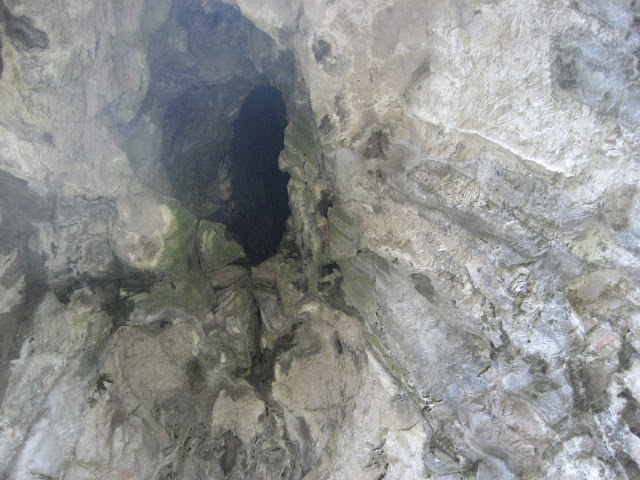 In the ceiling is a gaping hole where the waterfall once roared through the limestone.  According to the climbers, this last happened in December during floods.  That must have been a sight worth seeing. 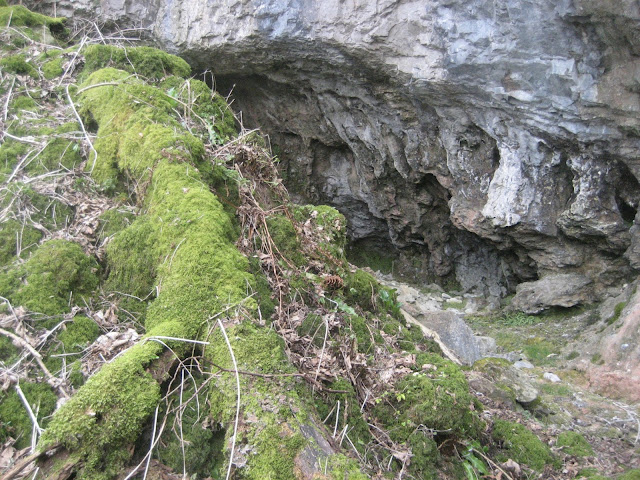 Cave Ha 3 is a smaller rock shelter just to the east, excavated in the 1950s.  Human bones and artifacts had been crammed into the alcoves seen clearly in the picture.  The spoil heap is on the left. 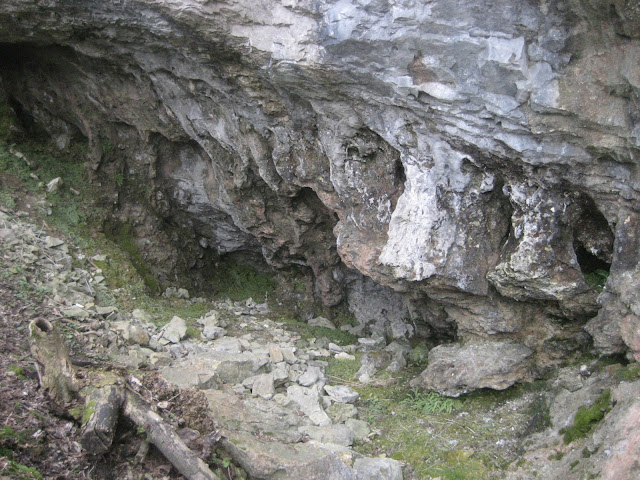 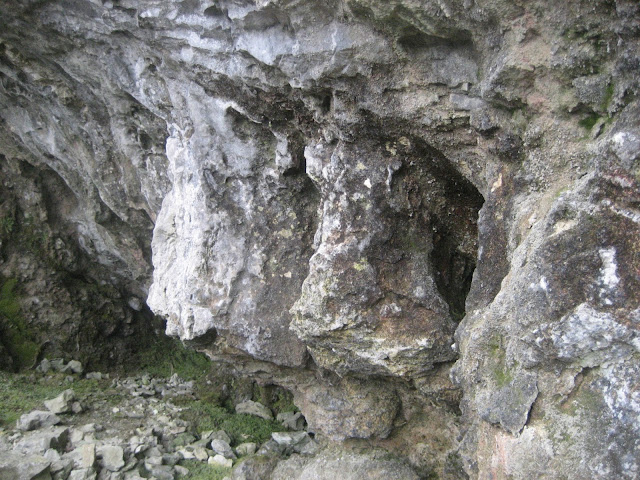 Close-up views of the alcoves.  There is an area of debris on the cave floor that has promise for much more finds. 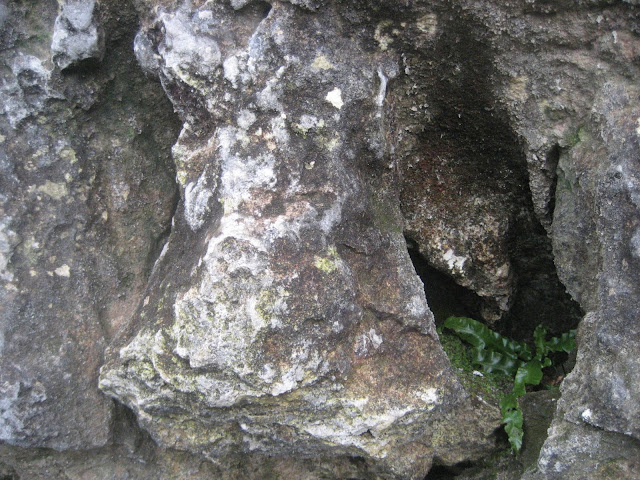 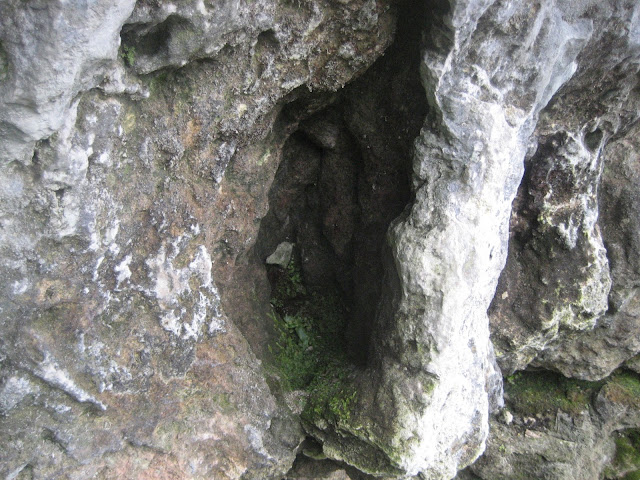 Cave Ha is a superb ancient monument - much easier to see in its true glory in winter - as summer foliage can  hide it completely.  It's a place I return to again and again.

Posted by Stephen Oldfield at 11:56