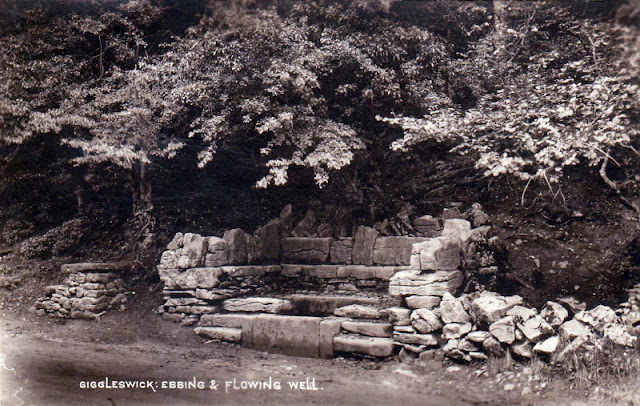 The Magical 'Ebbing and Flowing Well' as it was in its heyday ... before the lorries hurtled past ... (click for similar images) 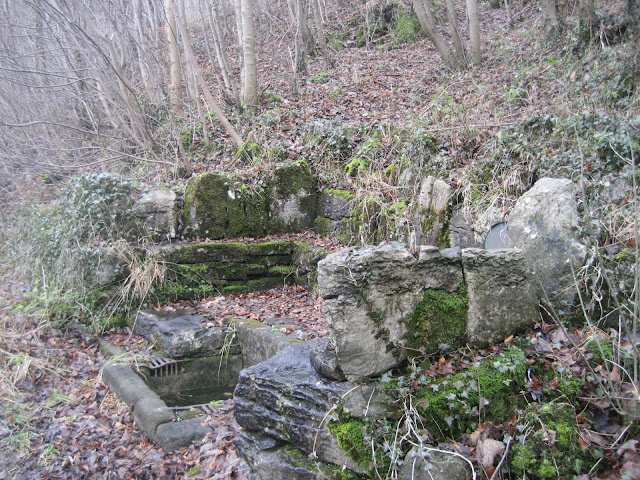 This well, situated below the cliffs of Giggleswick Scar, not far from Settle, was once - and I am not exaggerating - one of the wonders of England.  In the times when horse and cart slogged wearily up the length of Buckhaw Brow - it would have been a matter of ritual to stop and drink from this spring.  On Easter Saturdays, hordes of families would bring their offspring here to make 'spanish water' with their liquorice.  What was it then, that was the drawing power of this tiny spot of Yorkshire, hidden under the great cliffs of the scar? 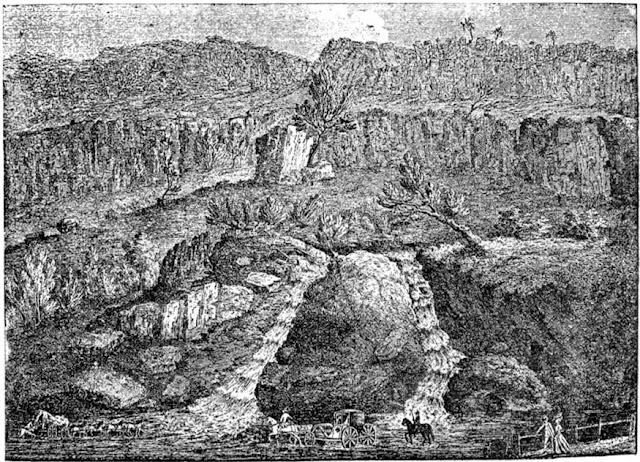 This 1778 engraving by S. Buck and J. Feary indicates the special drawing power of this well - with its seemingly magical qualities.  Here, torrents of water are seen gushing from the cliffs at a point slightly above the well's present position.  Within minutes, however, the torrents could cease altogether and all would be peace, as the waters mysteriously 'ebbed' back into the hillside.  Any patient traveller would presumably just wait for another 'flow' which, in the 'good old days' seemed to be much more frequent than is the case today. 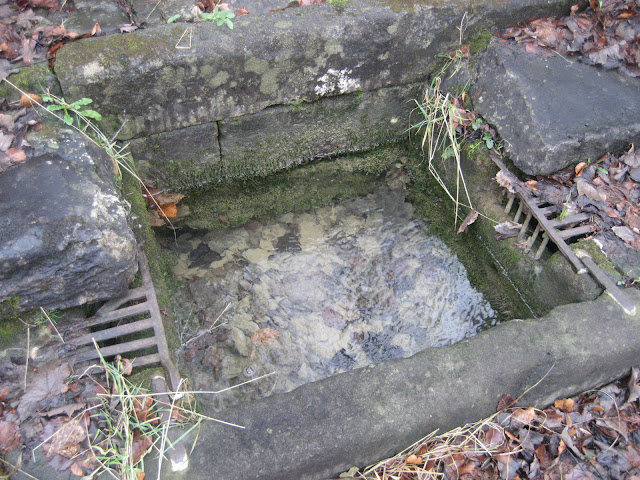 In fact, in many visits, and despite staring for hours on end .... even risking a snooze by the main road, I have yet to see any movement.  Apparently it works best after moderate rain ... and there are reliable accounts of it still working.  Ged Dodd and Bill Bartlett have intriguing videos on Youtube. (click here)  One of the most beautiful (and rare) phenomena is the celebrated 'silver chord' of air bubbles that has been witnessed when the well is active. 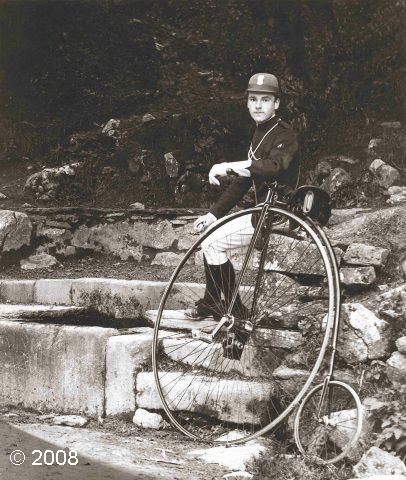 I have never been on one of these though.  Why, in those days of smoky chimneys and northern grime, was this little well of ours in such pristine condition?  I suppose the guy couldn't just get out his ipod!!!  (click here for more antiquarian images)  Maybe in those days, natural delights mattered far more. 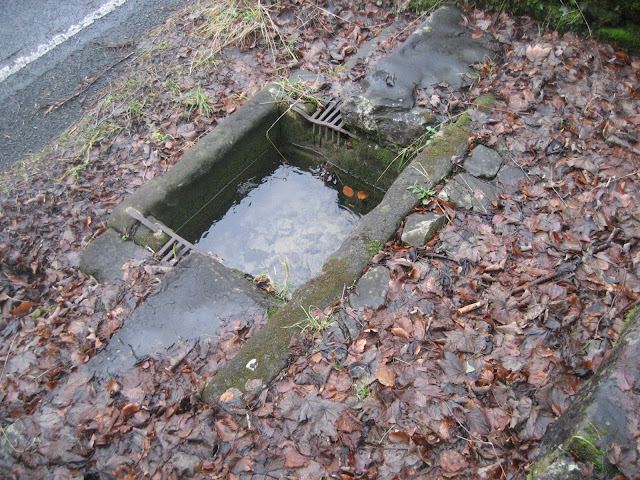 This picture - with the edge of the main road at the top left, indicates the possibly suicidal nature of kneeling down to watch for action these days!!  It is possible - but only with a great deal of care. Keep your bottom and legs well away (get it!?) The well outlet used to flow into the former Huntworth or Giggleswick Tarn - situated where the golfers now ply their skills across the road. 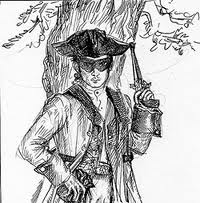 In the late 17th century, notorious highwayman John Nevison was being pursued by the law and needed his horse to get a move on!  What better way than to let it quench its thirst at the Ebbing and Flowing Well?  Remounting his steed, he headed over the cliffs above, where, to the horror of his pursuers - horse and rider cleared a notorious 'gap' in the scars in one momentous leap.  'Nevison's Nick' is still marked on Ordnance Survey maps today. 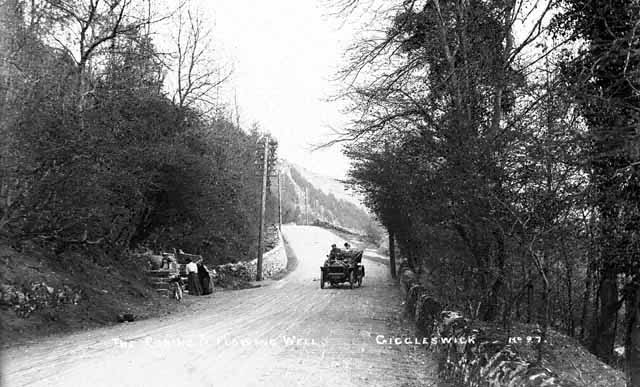 These early motorists seem curious about the goings-on around the well ... 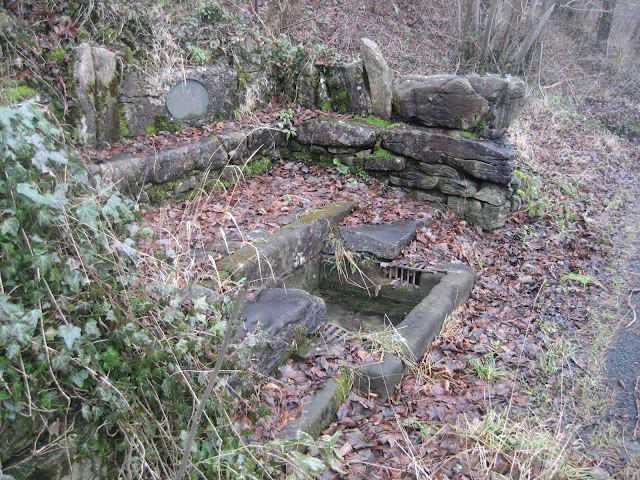 The well as it is today.  The strange 'ebbing and flowing' nature is caused by a natural siphoning process in the limestone, brilliantly explained in Harry Speight's classic work 'The Craven and North West Yorkshire Highlands.' (read it online here)  Has the 'siphon' been damaged by the Giggleswick quarrying activity? 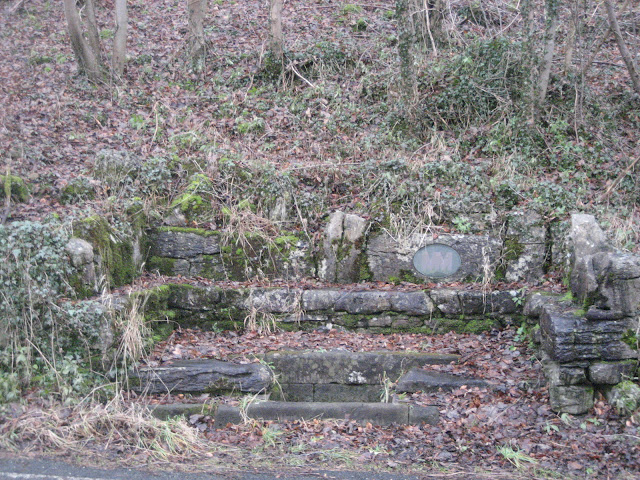 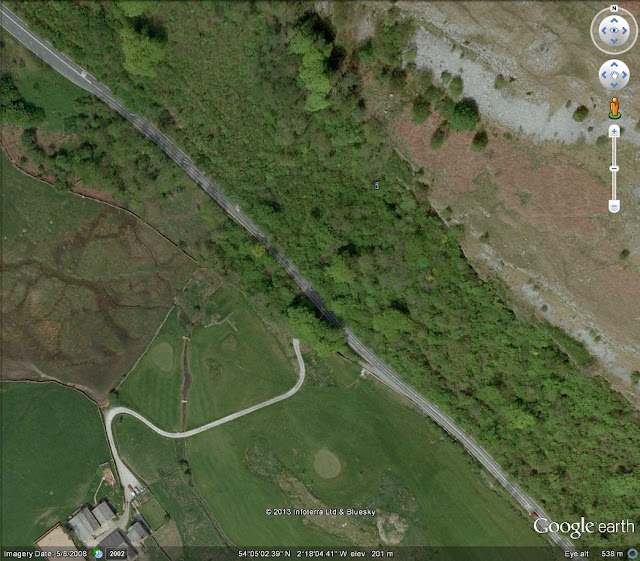 The Ebbing and Flowing Well is situated more or less in the centre of the image - on the right hand side of the road as you drive to the north west.  There is a small layby, but take great care in crossing.  Don't forget your camera.

I would love to know if the well is still 'working' and would really appreciate any comments from those intrepid enough to pay a visit.