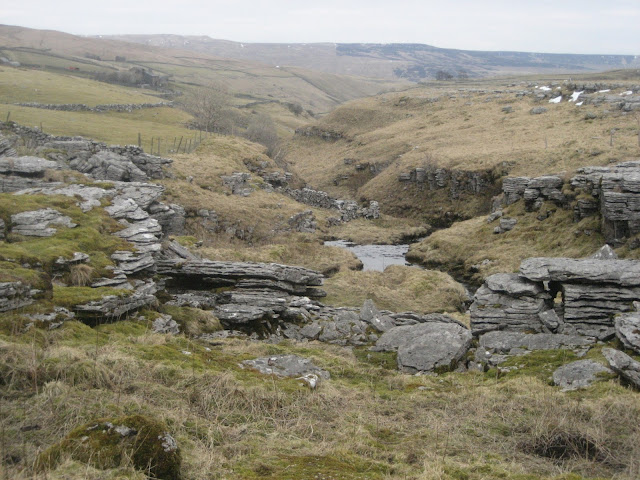 Off the wild road between Stainforth and Littondale lies the lonely ravine of Penyghent Gill ....  I drove up there on Sunday after my adventures on Giggleswick Scar. 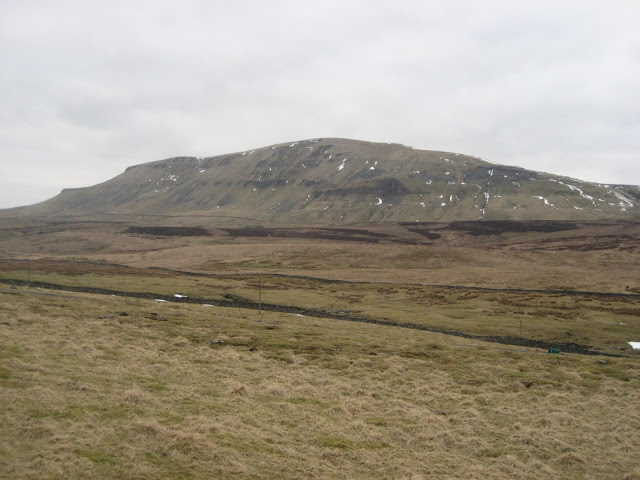 Penyghent from this position takes up the appearance of an ocean liner. 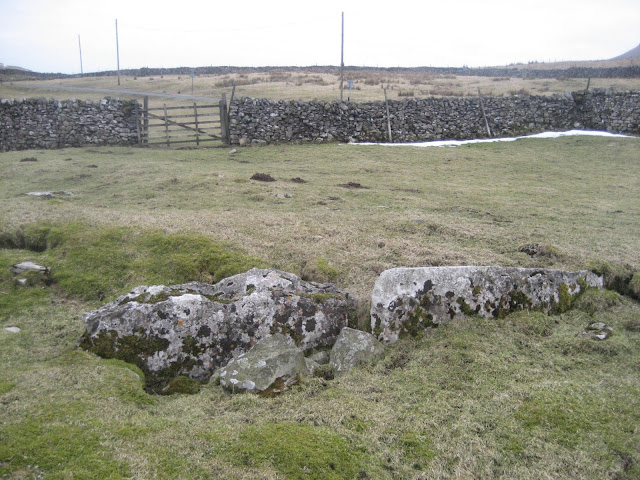 The Giant's Graves are situated by the roadside close to a cattle grid.  They were once probably a major burial chamber but have been robbed of their spoils over many years.  Once thought to be Danish - they are more likely Neolithic.  Arthur Raistrick excavated them in the 1930s and found human bones and teeth in the soil beneath the cists. 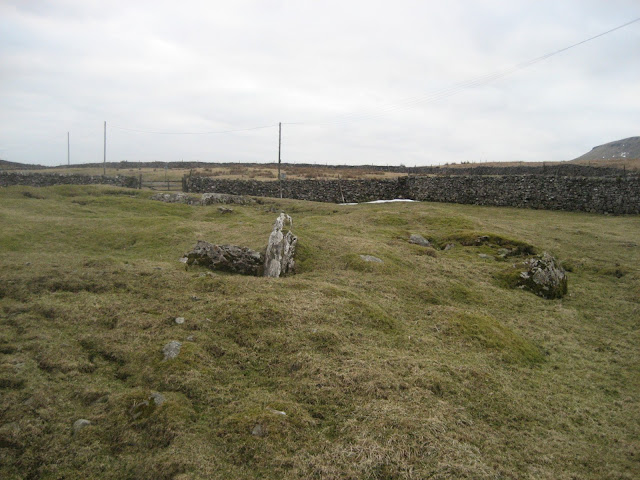 Here one of the slabs that made up the burial cists can be seen - as well as the obviously disturbed ground around the burial chamber. 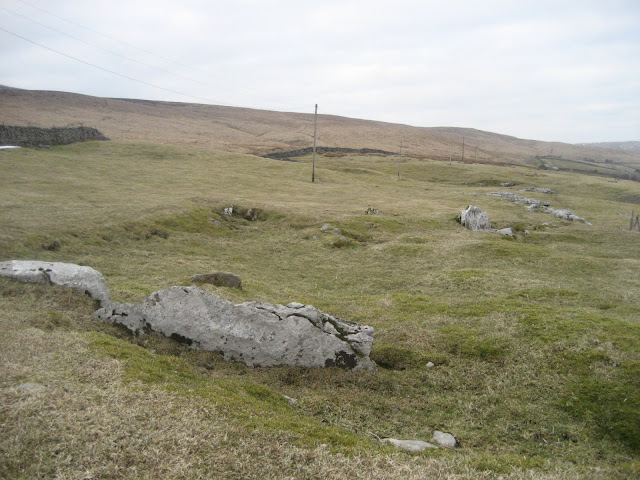 A view of the Giant's Graves with ancient standing slabs at each end.  A place of intrigue! 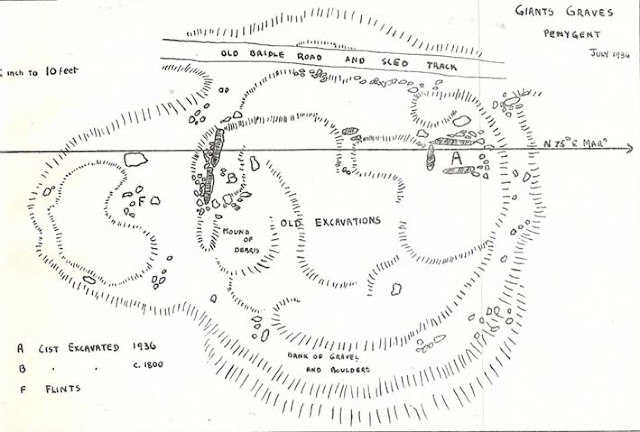 The Giant's Graves showing the location of cists and flints: from the book 'Journeys Through Brigantia.' 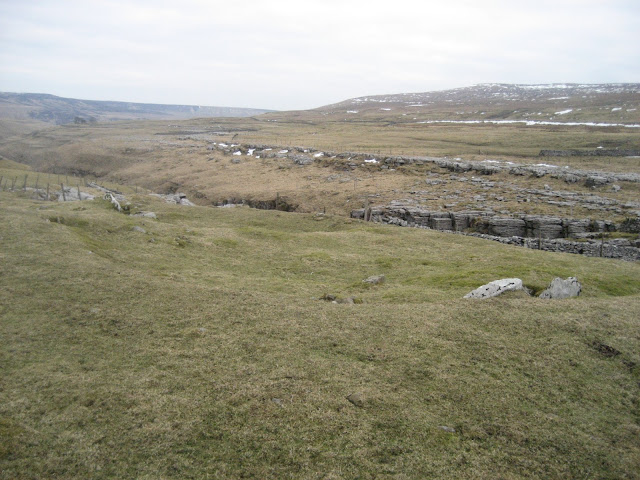 The Giant's Graves with Penyghent Gill beyond and Fountains Fell in the background. 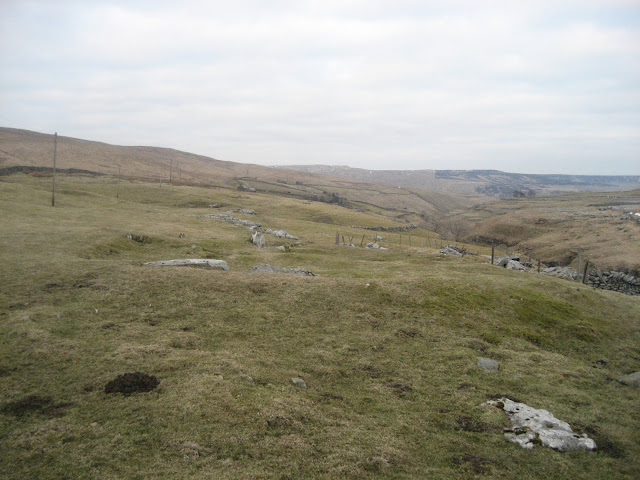 The Giant's Graves also give their name to a number of superb stream caves.  Let's seek them out ... 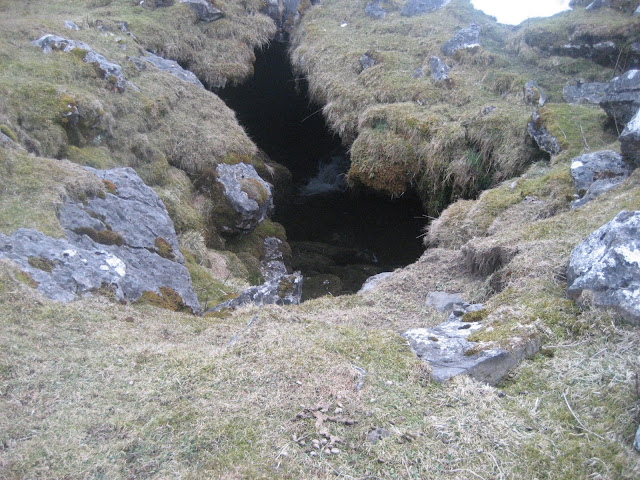 The bottom entrance to Giant's Grave Caves is in a field on the opposite side of the narrow road.  A thrilling spot, with the caves just a few inches below the surface and a waterfall inside.  Turning right in the passage leads under the road and pops out in a gorge close to Penyghent Gill.  We'll check it out in the Summer. 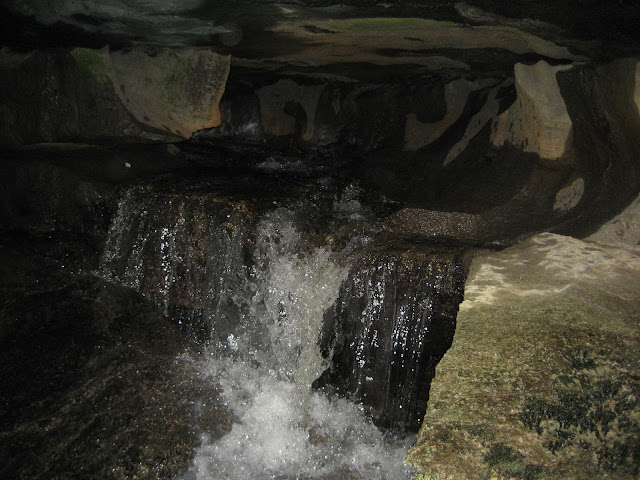 The waterfall inside is a refreshing sight - plunging from a hollowed out bedding plane in the limestone. 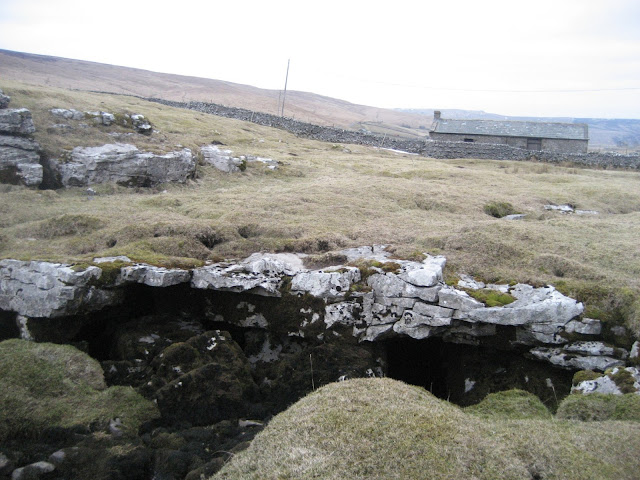 The caves keep popping out to the surface as you walk upstream - a great example of a wild karst landscape. 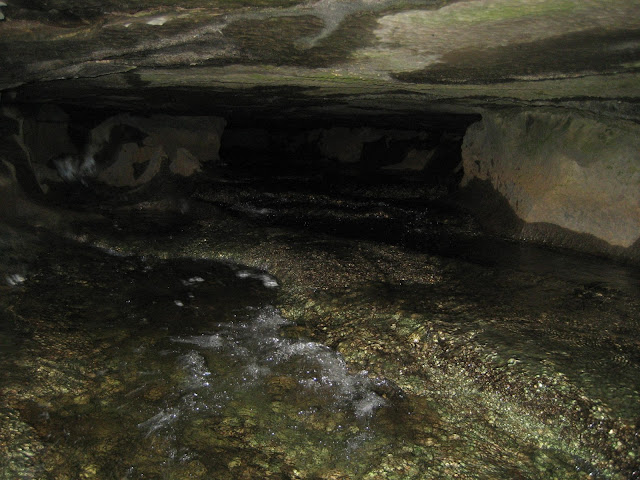 The huge bedding plane just beneath the surface is very impressive and invites a crawl through. 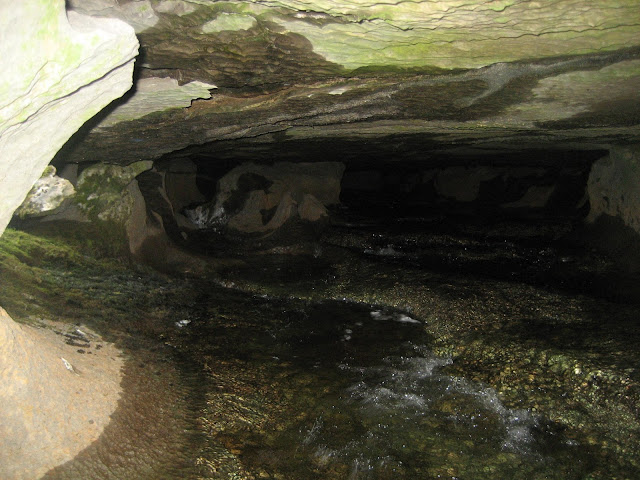 The scalloped limestone is creamy coloured, as it is in many active cave passages. 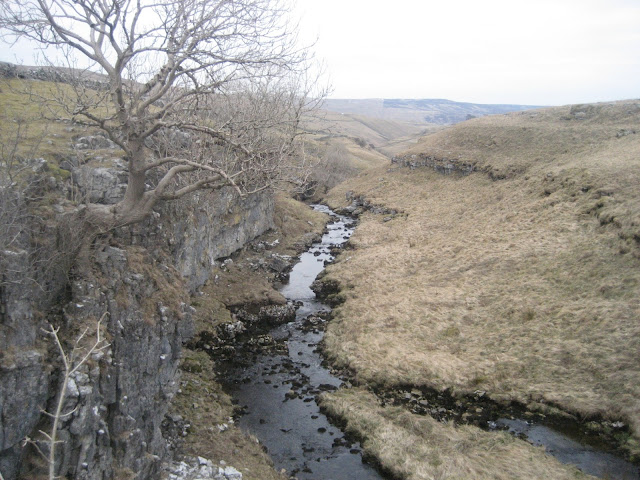 A final view down Penyghent Gill as the light began to fade.  Next time I'll return with my caving gear.
Posted by Stephen Oldfield at 14:17