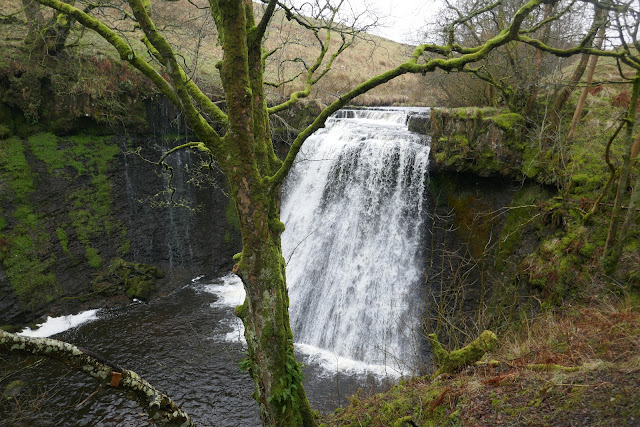 Just above the village of Gayle, to the south of Hawes in Wensleydale, we have another fine insight into the Yordedale Series of rocks.  The rocks began to be laid down about 320 million years ago.  Fluctuating sea levels saw limestones being laid down in deeper conditions - built up from the remains of shelly creatures in a warm sea, while shallower conditions saw rivers washing in sands and mud to form sandstone and shale - and so the cycle repeated.  There are 11 named limestones in the sequence, the highest being the Main Limestone found just below the summit of the Three Peaks.  In Wensleydale, however, we are concerned with the lower limestones in the sequence - in this case the Gayle limestone, named after the cute little village that stands on it as a foundation! 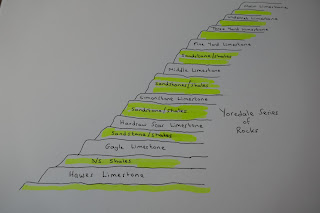 My little drawing of the Yoredale Series, much simplified, shows the limestones in Wensleydale, the lowest of which is the Hawes limestone on which the town sits.  As you can see, the next are the Gayle and Hardraw Scar Limestones - both very distinctive in terms of their fossils  - and both, of course, associated with famous waterfalls!  This diagram is, in effect - the 'cone' of Penyghent or Ingleborough - or of Pen Hill - lower down the dale. 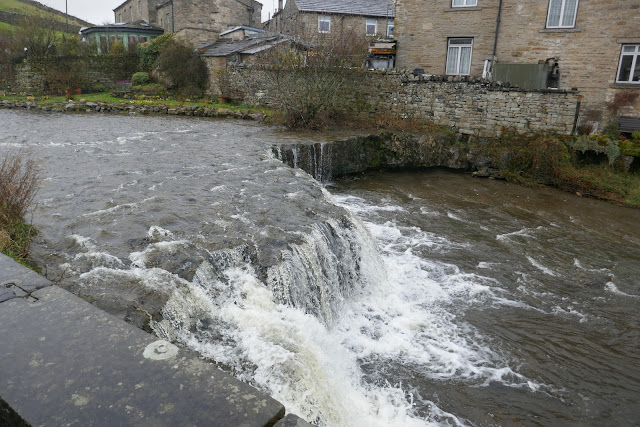 Gayle Limestone is seen in the village of the same name where we see a miniature version of Upper Aysgarth.  The beck tumbles over steps of this distinctive dark grey limestone - the same bed as seen lower down the dale at  the more famous falls.  There are many crinoid and brachiopod fossils visible in this rock - and these can be seen easily under the bridge.  Note the shale here being undercut in the dark slit just below the wall on the opposite side.  Eventually the undercut will be so great that the slab of limestone will snap off causing the waterfall to retreat upstream. 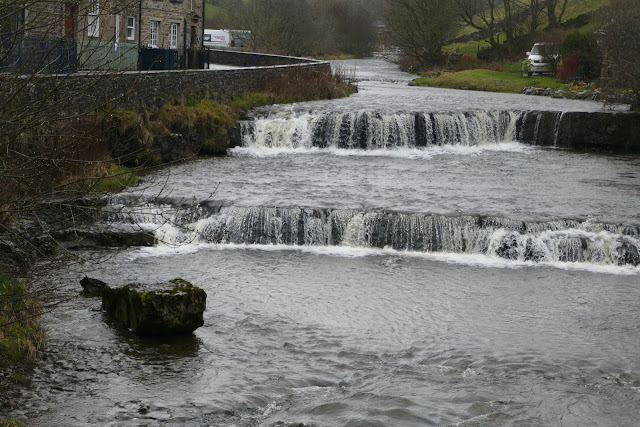 Lovely view of Gayle Beck - with the Gayle Limestone of the Yordedale Series clearly displayed. 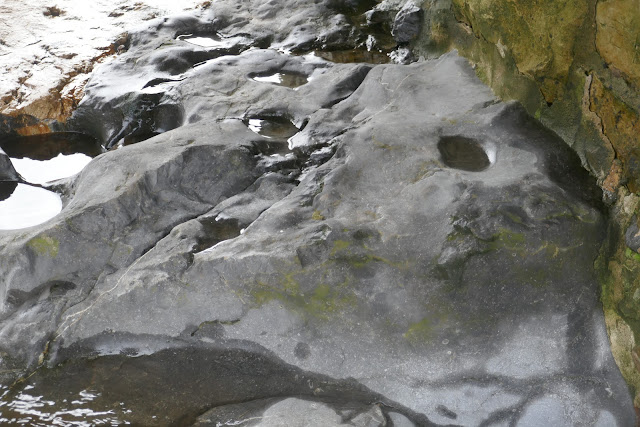 The distinctive dark grey hue of the Gayle Limestone.  A close up inspection reveals the hive of activity that went on in the warm sea when this rock was laid down.  It is teeming with fossils. We move upstream and leave the Gayle Limestone behind, as we reach a very thick bed of shales, laid down when the sea was very shallow and muddy rivers dominated the deposition.  Being so fragile, the shale erodes easily compared to the limestones and sandstones of the series. 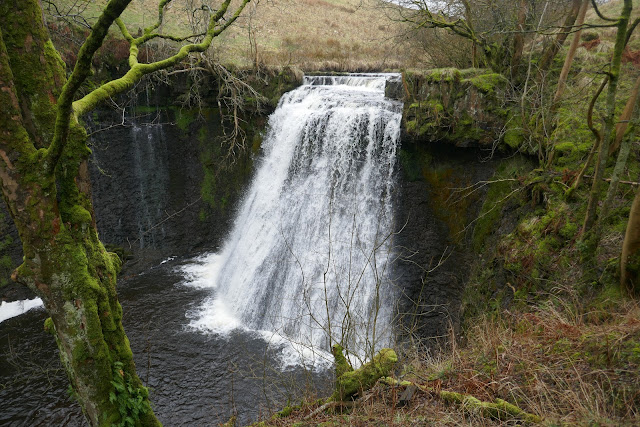 The gap here between the Gayle Limestone and the next limestone in the sequence - the Hardraw Scar  - is very wide; so much so that the shales and sandstones dominate for several hundred feet.  Here at the lovely Aysgill Force the beck has cut through a strong lip of sandstone in the Yoredale Series and falls down a shale screen into a plunge pool gradually deepening.  The Hardraw Scar Limestone is hidden on the hillside far up on the left.  The Wensleydale waterfalls never fail to impress - and each as its own personality. 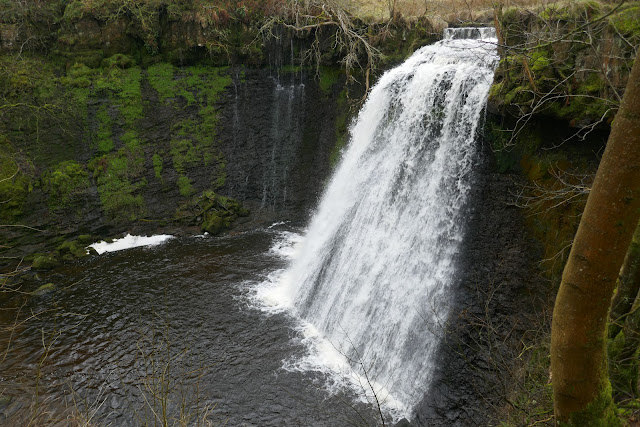 Take a stroll up to the force from Gayle - then combine your visit with a trip to Hardraw or Aysgarth.  You are spoilt for choice in old Yoredale!

Posted by Stephen Oldfield at 15:04