The Three Peaks on a Late Autumn Afternoon 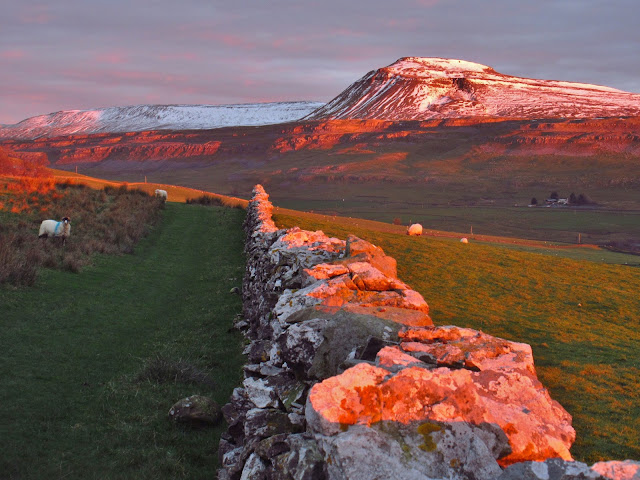 The late afternoon light, 15 minutes before sunset - captured the great glaciated valley of Chapel-le-Dale perfectly as I continued my research into the Ingleborough rocks. 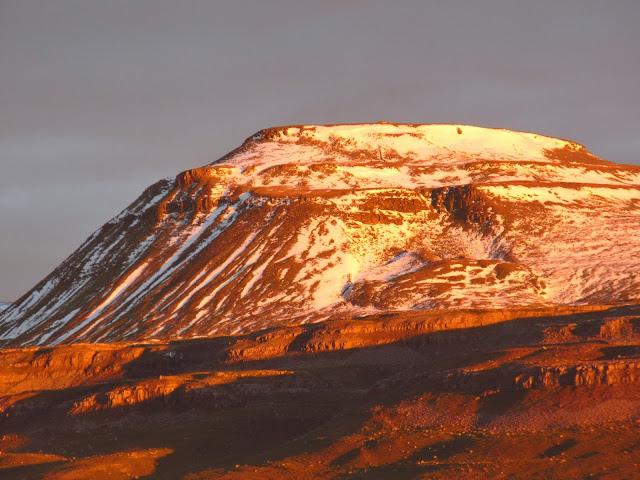 Here, zoomed in from Thornton - you can clearly see the Falls Foot Landslip in the Yoredale Series making up the cone of Ingleborough. 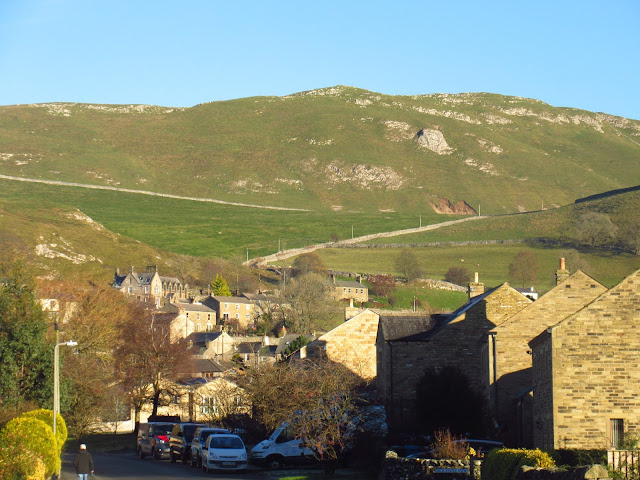 Earlier I'd visited Settle - my favourite town, backed by the impressive High Hill. 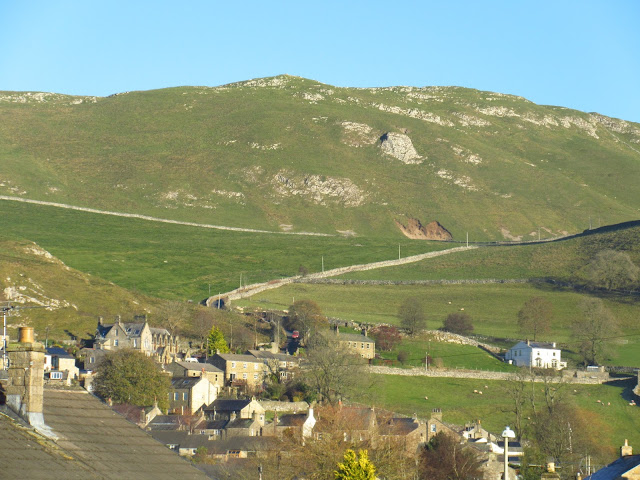 High Hill is composed of reef limestone.  It was effectively a barrier separating shallow water at top left from deeper water on the right, 330 million years ago, that is! 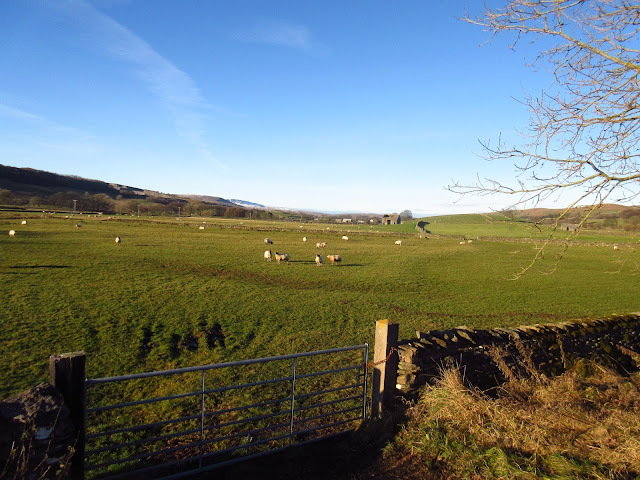 Evidence of glaciation: the flat-floored Ribblesdale, near Horton. 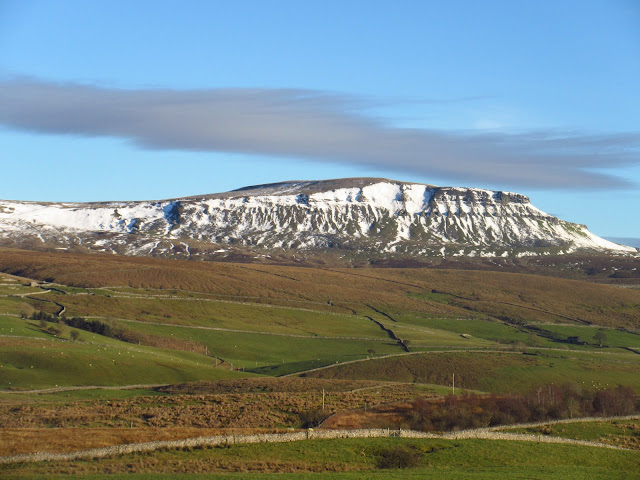 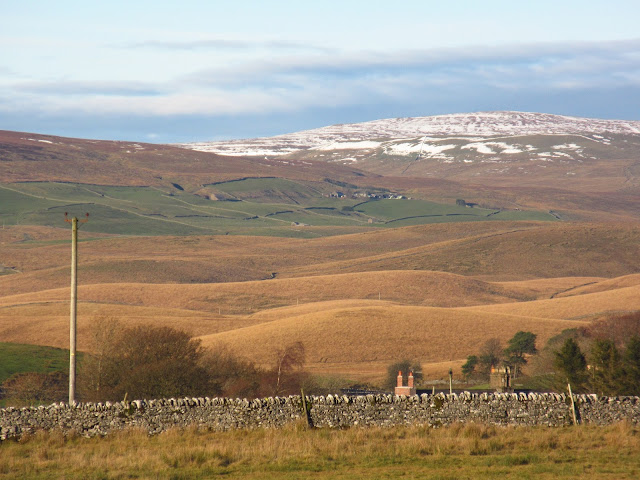 The great Drumlin Field of North Ribblesdale.  Glacial debris smoothed over by ice - but to be honest, no one can entirely agree how drumlins were formed. 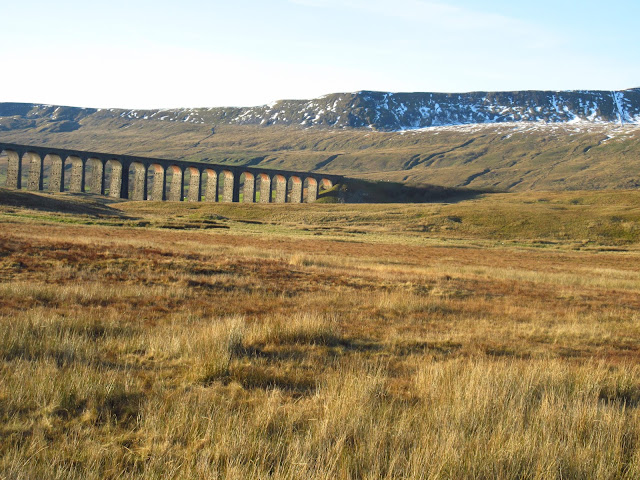 The great viaduct of Batty Green at Ribblehead, backed by Whernside - the highest point in Yorkshire. 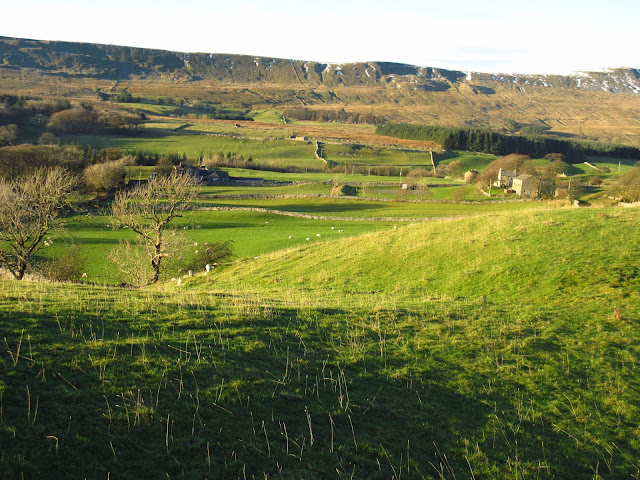 Looking across glacial drift to the hamlet of Chapel-le-Dale. 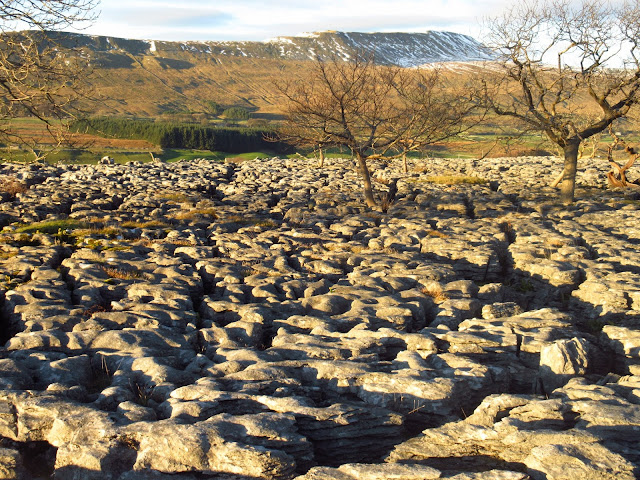 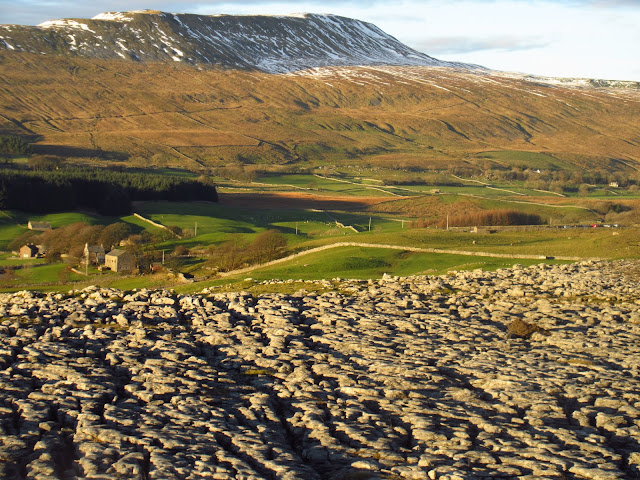 It's often described as unimpressive - but certainly from here Whernside appears majestic. 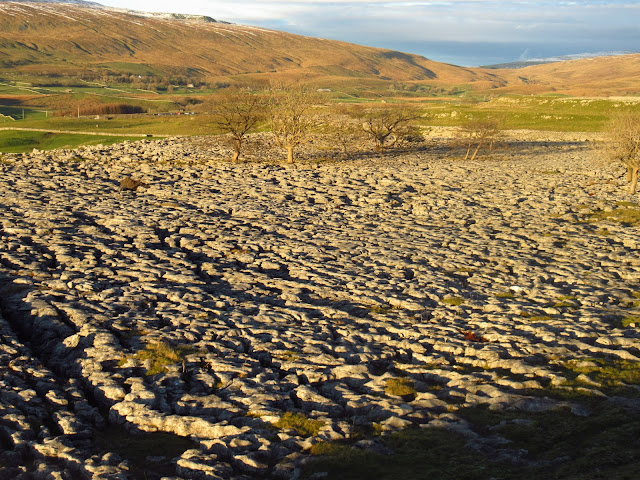 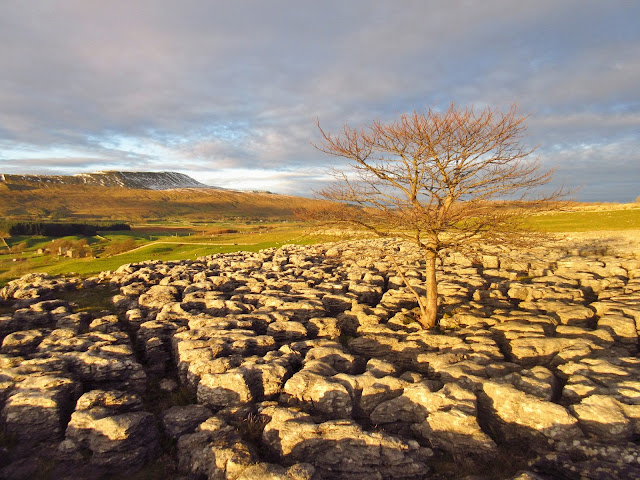 A lonely tree on the pavements is always worth a picture. 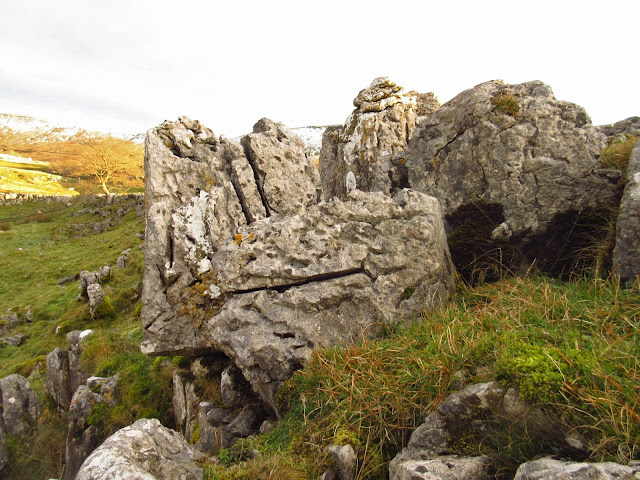 The edge of the pavements - with weathered blocks of limestone. 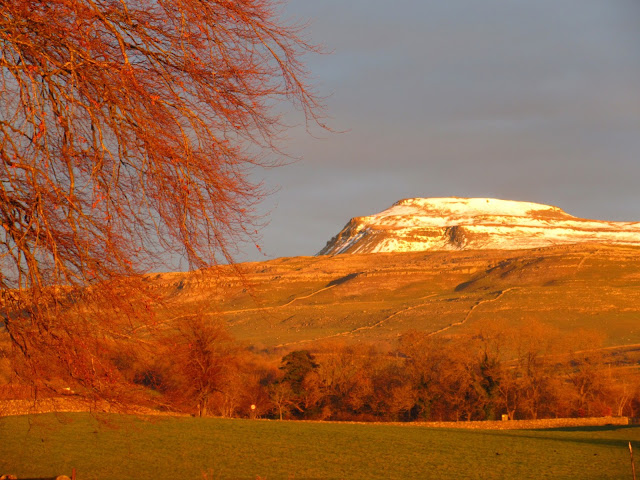 Ingleborough from Thornton in Lonsdale. 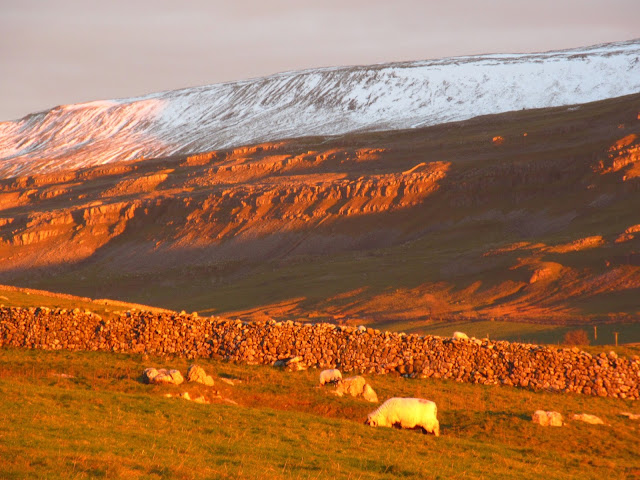 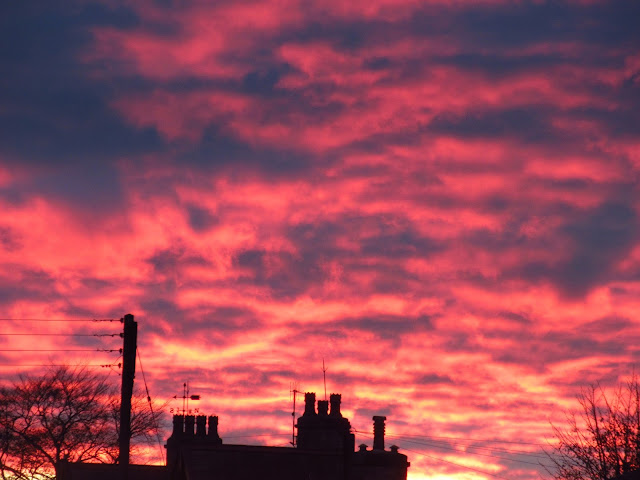 Even the skies joined in the artistry this afternoon.
Posted by Stephen Oldfield at 14:55