The Shanty Towns of Ribblehead 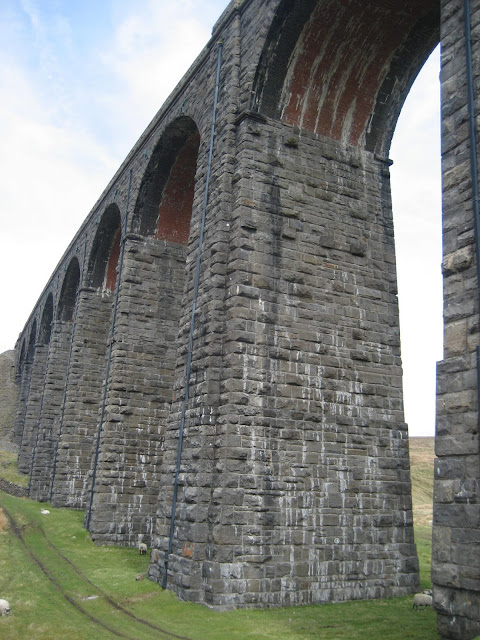 After my adventure at the Gauber Viking settlement, I explored a more recent, but nevertheless designated ancient monument, the enigmatic Ribblehead viaduct, completed between 1870 and 1875.  Hordes of 'navvies' worked on this structure, taking the Settle to Carlisle railway over Batty Moss, in appaling conditions.  Even sinking the foundations took a year, in a quagmire of a landscape.  Smallpox was rampant, as was sickness and malnutrition.  Men would wander to the two nearby inns and return in a drunken state, not fit to work - many dying at such a rapid rate that they were buried, unmarked, on the moor.  The structure, however, is a testament to their willingness to persist against all the odds. 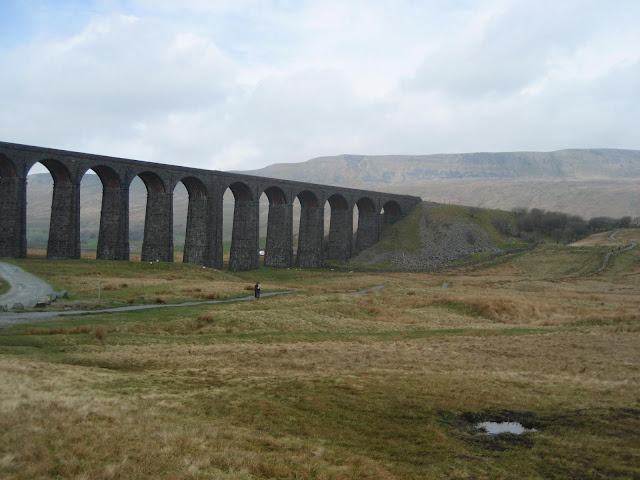 Each of the 'towns' consisted of rough wooden huts with sleeping quarters at each end (for each family) and a central living and cooking space.  The men had a dry sense of humour when bestowing names on these 'towns'.  Sebastopol, for instance, lay in the centre of this picture - and contained the core of the hard labourers, a brickworks, engine sheds and other workshops.  Little remains today except grassed over heaps and the remains of the chimneys. 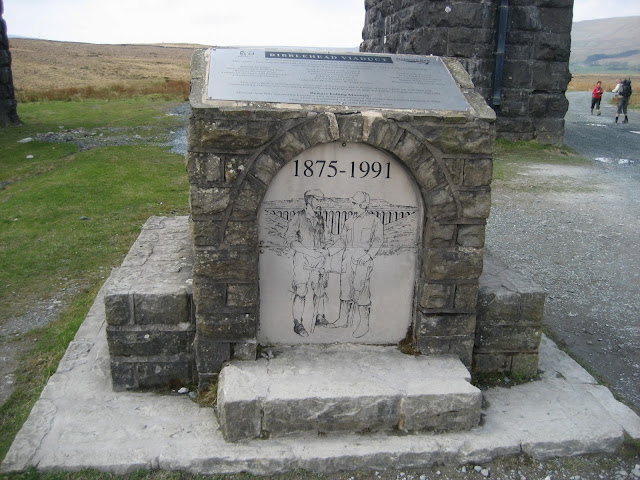 Navvy meets builder.  The viaduct was lovingly restored, in 1991, after the line was saved.  At last, those who toiled to build it could rest peacefully in their graves, knowing their handiwork would last for ages to come. 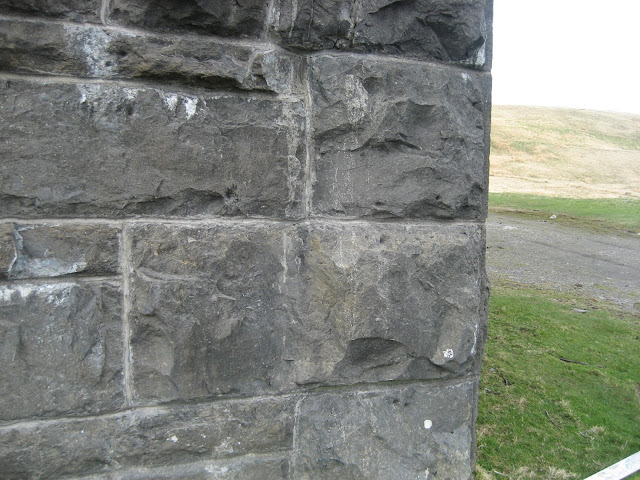 A dark limestone was quarried from nearby stream beds after the water was diverted - and cut into huge blocks to make the piers. 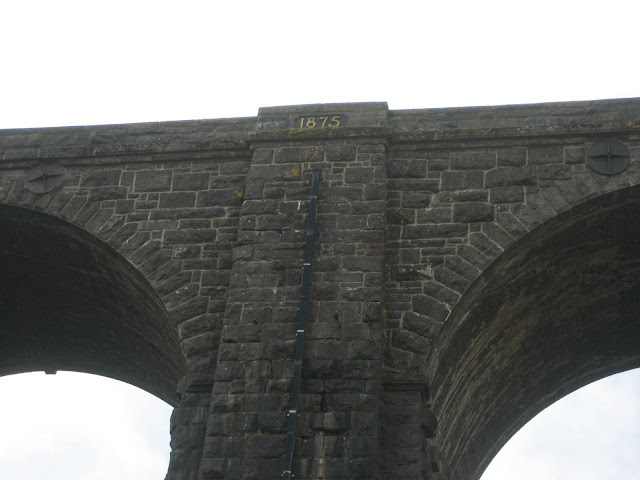 The central date-stone on the viaduct, with this view showing the fine construction of the arches, and their underlying brickwork.  The bricks were made on site, in the works at Sebastopol. 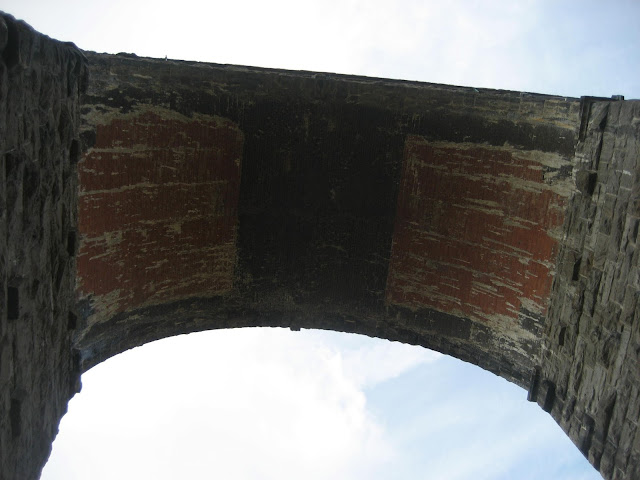 Looking up underneath an arch - the viaduct at this point being over 100 feet in height, and certainly the finest man-made feature in the Yorkshire Dales.  Not often does man triumph over nature, but he does at Ribblehead. 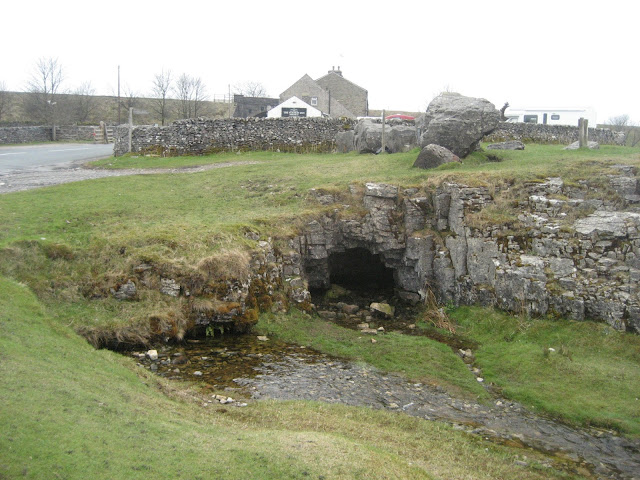 One of the main 'towns' straddled the main road close to Batty Wife Cave and contained living quarters, a hospital and even a school.  For the navvies, there were pubs and, apparently, darker ways of spending their wages! 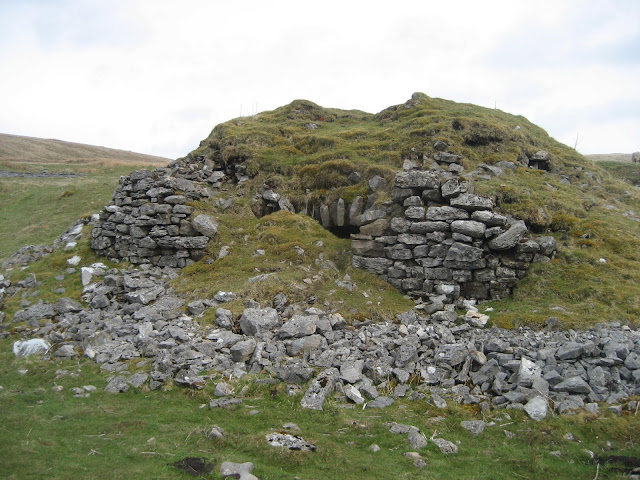 The remains of an old lime kiln on Batty Moss.  It predates the construction camps, but just behind it lay the huts of Belgravia, where the supervisors of the job had their 'town' on a plateau raised above Sebastopol.  The workers were literally 'looked down on' by their superiors! 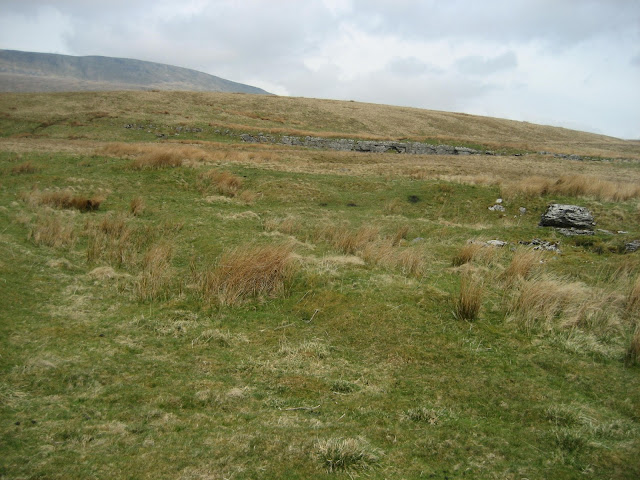 These ridges, on the plateau, are the outlines of the huts of Belgravia.  A fascinating spot to wander at leisure. 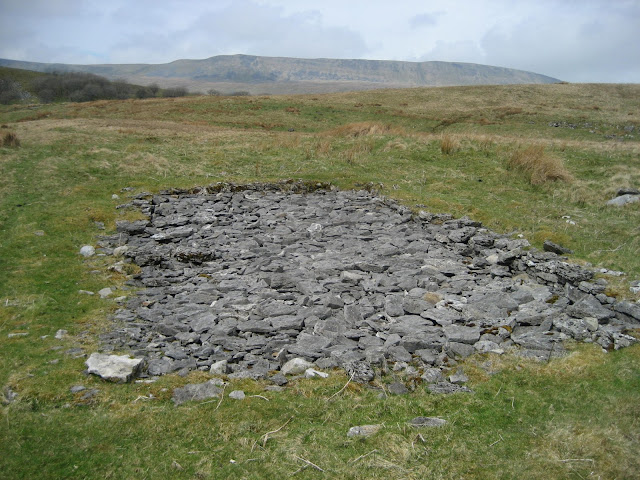 An excavated office storeroom at Belgravia, from which the 'bosses' would have a good view of the proceedings.  Whernside rises beyond. 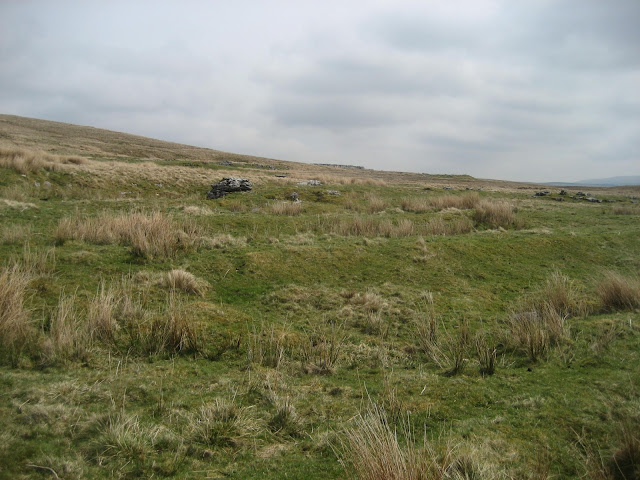 Belgravia from another angle, showing clearly the outlines of the huts. 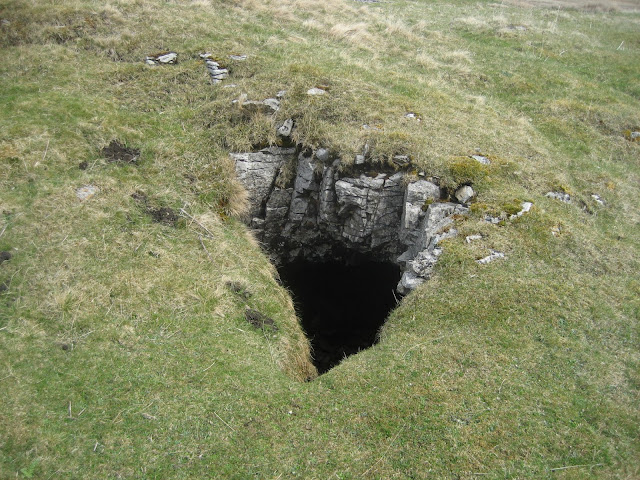 Natural features mingle with the man-made construction camps.  This is one of the lower entrances to Roger Kirk Cave.  I wonder if any drunken navvies wandered in here? 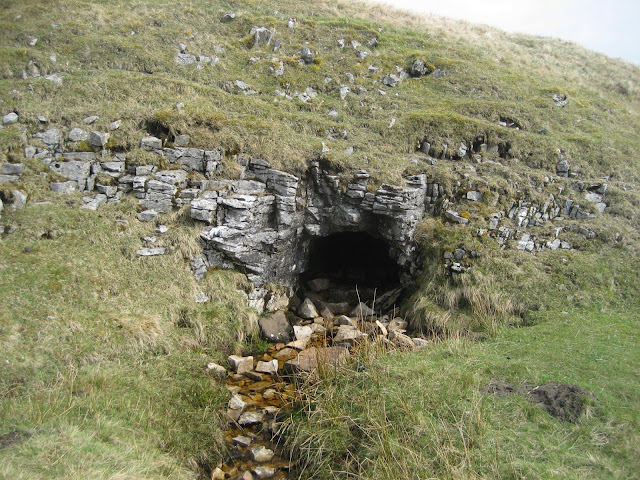 Roger Kirk Cave has four entrances and is a great through trip with the right gear, including a lot of crawling in water.  I'll take you there, later in the year. 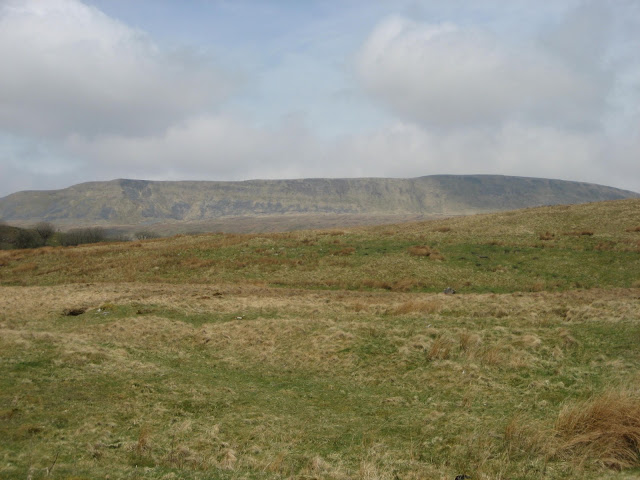 Looking up to Whernside from Belgravia. 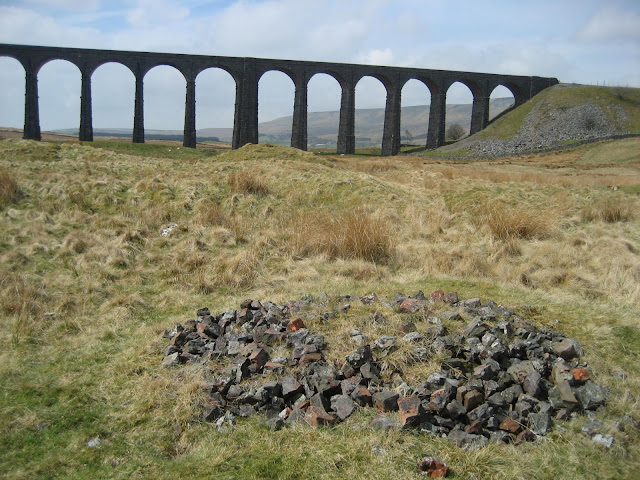 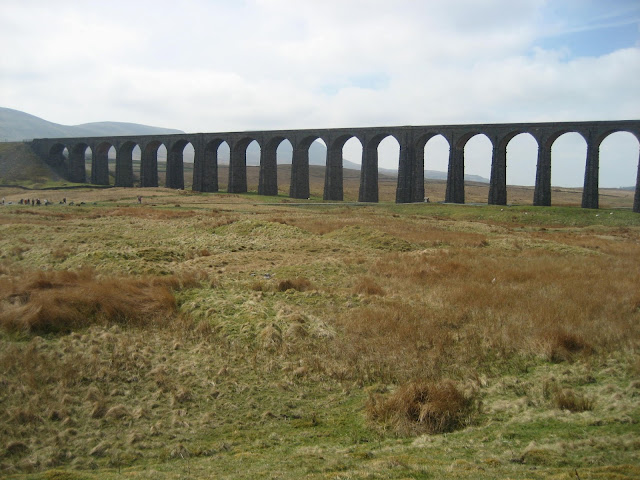 A view south across the remains of Sebastopol towards the viaduct, with Ingleborough hidden behind. 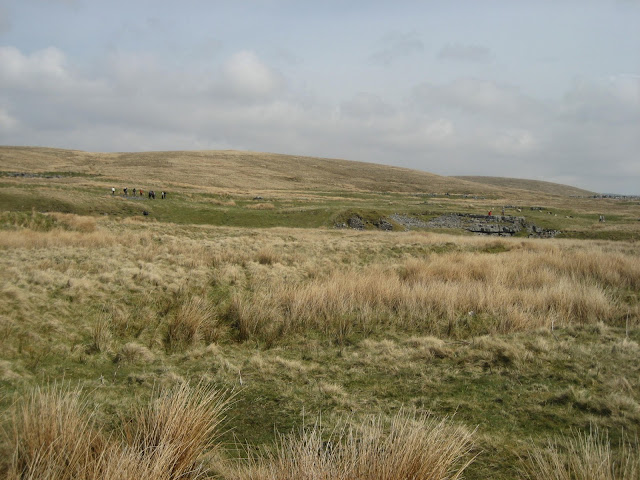 Looking across Sebastopol to the moorland beyond, with a party having a guided bank holiday tour of the camps, and one or two cavers heading to great things. 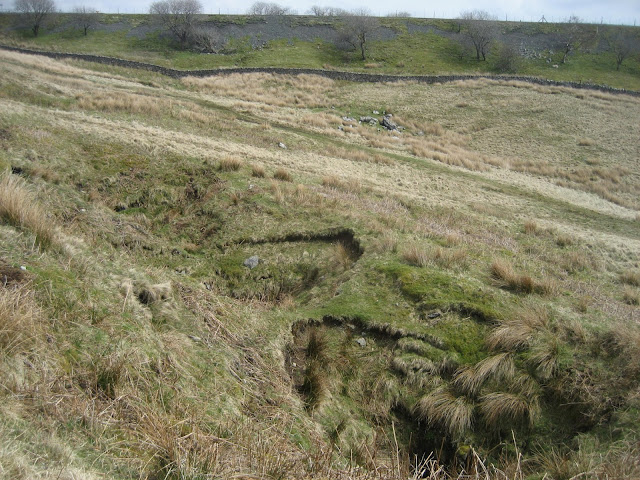 Just through the arches, a line of four depressions in the steep banking marks the position of Gunnerfleet Cave, recently cleaned out after it was a dump for farm rubbish over many years. 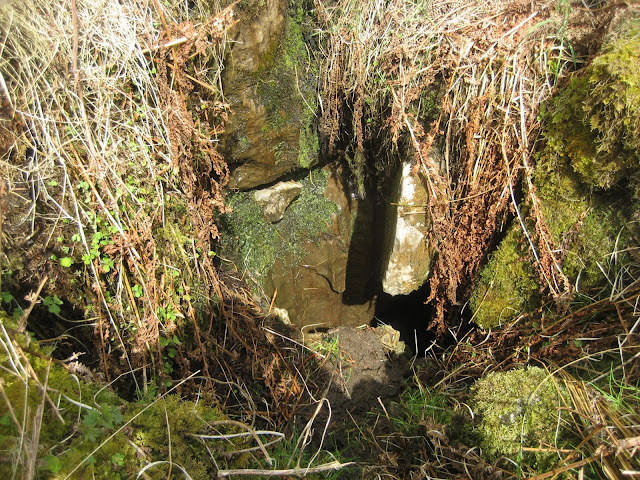 The entrance to the downstream section is tiny.  You have to wiggle down under that protruding boulder, but after that it's an easy splash through a lovely passage to a stalactite chamber.  You get 'mudded-up to high heaven' as they say in Yorkshire, but it's worth it.  As with Roger Kirk, we'll return another day. 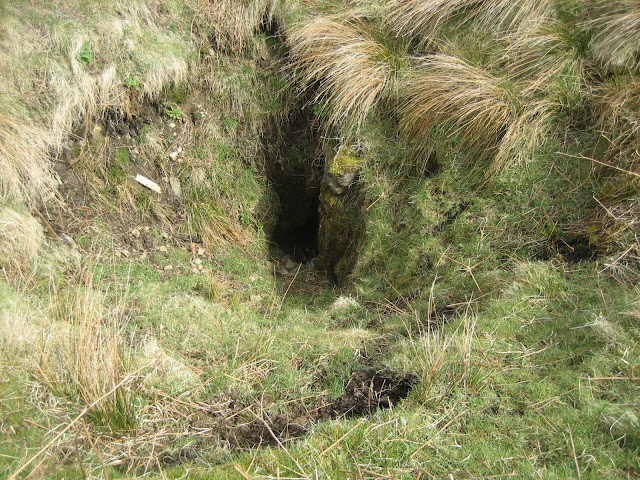 Another entrance into the Gunnerfleet cave system. 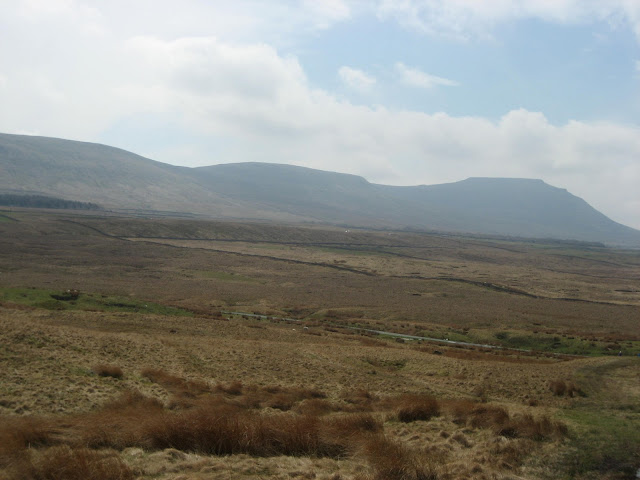 Ingleborough and its satellites dominate the view south. 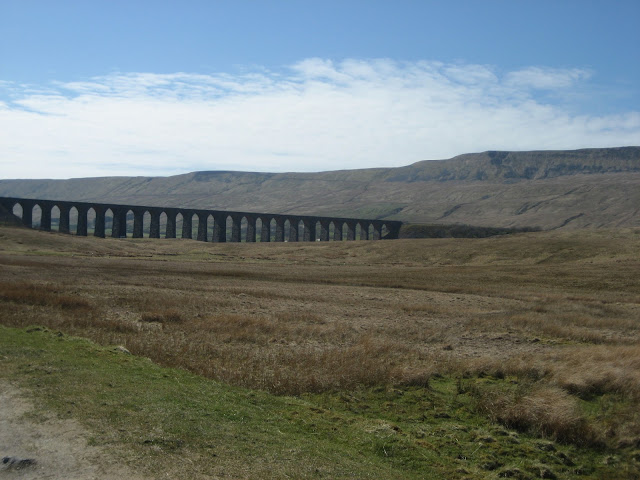 The end product of the navvies' work stretches elegantly beneath Whernside. 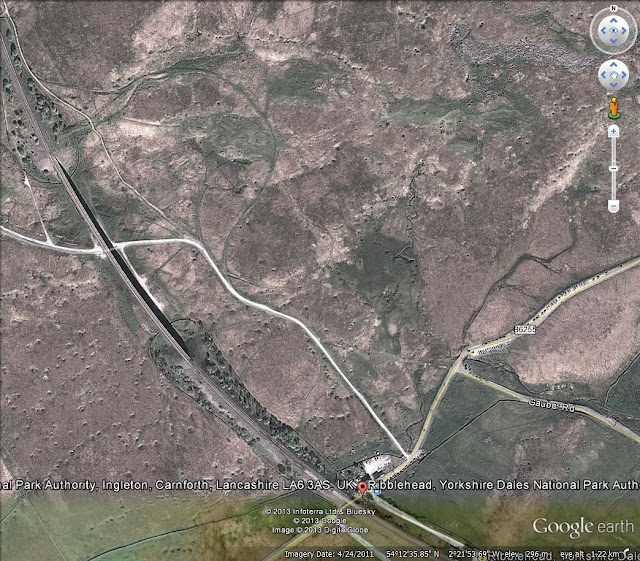 Aerial view of the viaduct (left) and construction camps.  Batty Wife camp was situated to the left of where Gauber road meets the B6255, on either side of the main road.  Following the white track up to the viaduct, take the first turning off to the right (you can see a path sweeping across the moor in a curve) and this leads to the brickworks and the remains of Belgravia.  Once finished, have a nice pint in the Station inn, and a bacon butty from the long-established snack van known as 'The fourth peak.'  Ribblehead is one amazing place.

Posted by Stephen Oldfield at 04:40